Lawyers: Anwar did not hide anything regarding forex losses 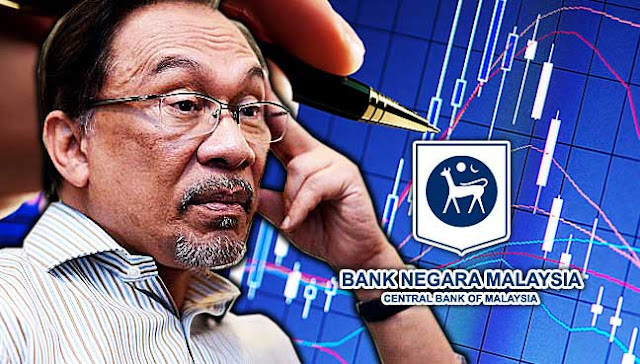 PETALING JAYA: Former finance minister Anwar Ibrahim had performed his duty well in disclosing forex losses suffered by Bank Negara Malaysia (BNM) in the 90s, his lawyers said.
“As the minister with final responsibility for BNM, Anwar had done whatever he could in the national interest as transparently as possible,” Gurdial Singh Nijar and Sivarasa Rasiah said.
They said Anwar disregarded a letter by the then deputy governor Lin See Yan on April 11, 1993, not to reveal the losses to the media because of its sensitivity in relation to the market.
He said Anwar directed the then governor Jaffar Hussein to make a full and detailed explanation to the public which he did on April 19, 1993.


“Anwar then provided a full explanation in Parliament based on BNM’s briefings and annual report for 1992 confirming the losses at RM 9.3 billion. He repeated this exercise the next year,” they said in a written submission filed yesterday at the secretariat of the Royal Commission of Inquiry (RCI) on forex losses.
The lawyers said on April 27, 1993, Anwar responded to the then opposition leader Lim Kit Siang in Parliament on the BNM issue.

They said Anwar had strenuously contested the “open accusation” by RCI chairman Mohd Sidek Hassan that “he (Anwar) knew of the actual losses” for 1992 as this was contained in the auditor-general’s March 31, 1993, letter to the minister.
They said Anwar correctly pointed out that it was only his duty to forward that letter to BNM and for them (BNM and auditor-general) to resolve the differences.
They said the auditor-general changed his position and signed off on the final audited report as agreed between his office (auditor-general) and BNM.
“We submit it is patently wrong to take the position of a notion of ‘actual losses’ when one is in no position to credibly deconstruct the BNM annual report verified by the auditor-general,” they said.
They also said their client did not mislead the cabinet or Parliament as “prejudged” by Sidek because Anwar did not inform them of the so-called “actual losses” stated in the auditor-general’s letter.
They said then prime minister Dr Mahathir Mohamad, who gave evidence before the RCI, also confirmed that the practice in the cabinet was that only the final audited reports were presented and discussed.
The lawyers said Anwar had explained lucidly that it would be impossible to place a draft audit report, which was in fact contested by BNM, before Parliament.
Gurdial and Sivarasa said it was telling that the conducting officer in the RCI had chosen not to present any cabinet meeting minutes for all those meetings in April 1993 before Anwar’ s speech in Parliament or any minutes of cabinet meetings immediately after that speech.
They said it would be impossible for anyone to recollect details of exactly what was spoken almost 25 years ago unless memories were jogged by contemporaneous documents.
“These minutes would greatly assist the inquiry but, oddly, were not produced and shown to Anwar,” they said.