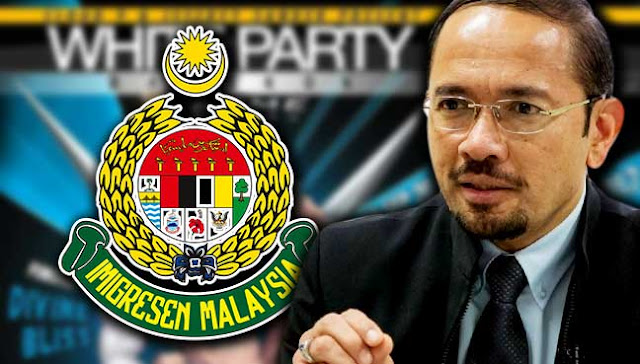 PUTRAJAYA: The Immigration Department will cooperate with other enforcement agencies to detect and ensure that no individual or organiser behind the gay festival, which is planned to be held in Kuala Lumpur on Sept 30, gains entry into the country.
Its director-general, Mustafar Ali, said the individuals would be served the Not To Land (NTL) notice under Section 8 of the Immigration Act 1959/1963 should they attempt to enter Malaysia.
He said the department would not compromise with any quarter who tried to introduce activities that were unhealthy, immoral and threaten public safety, security and sovereignty.

“The department will firmly deny the individuals or organiser from entering the country to join the gay festival.
“The stern action is taken in line with the order by Deputy Prime Minister Ahmad Zahid Hamidi,” he said in a statement here today.
According to Mustafar, 46,551 individuals were denied entry into Malaysia from Jan 1 until June 30 for various Immigration offences.
Yesterday, Zahid, who is also home minister, said the government would not allow such an event or gay party to be held in the country.
He also said although the organiser had yet to apply for a permit for the event, he had instructed the police not to approve the gathering if an application for a permit was made.
An online news portal reported that a gay event would be held in Kuala Lumpur on Sept 30 to promote “White Party Bangkok”, the biggest annual gay music festival in Asia, scheduled for Dec 28 in Thailand.-FMT NEWS-