How did 1MDB make additional US$300 million debt repayment? 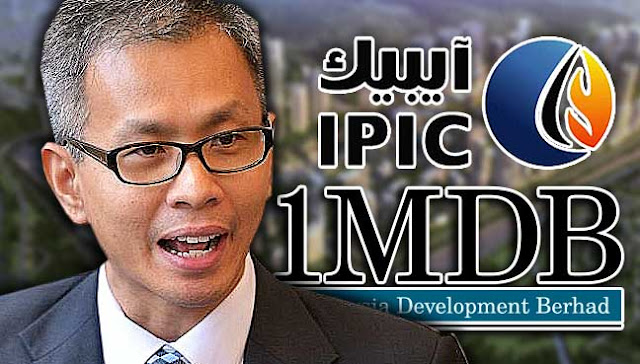 By Tony Pua
We have received the good news that “IPIC has now received the funds required to be paid by Aug 31 to complete the performance by Minister of Finance (Incorporated) Malaysia and 1MDB of the payment obligations that were initially due to be made by July 31 under the settlement and the consent award and to pay default interest on the delayed payment”.
It is good news because the failure of 1MDB to comply with the above scheduled payments would not only have created a diplomatic crisis between Malaysia and Abu Dhabi, it would have had major implications on Malaysia’s credit ratings.
The bad news, however, is that we have yet to hear any details on how 1MDB made the combined payment of US$650 million or approximately RM2.8 billion.


While we await the latest statement from 1MDB, the company’s previous statement only mentioned vaguely that they are the “proceeds of the ongoing rationalisation programme”.
There are absolutely no details as to what proceeds and from what specific rationalisation programme undertaken by 1MDB.
Initially in April this year, 1MDB said the funds would come from the “monetisation of 1MDB-owned investment fund units”.
However, ever since the United States Department of Justice labelled the “fund units” as fraudulent, 1MDB has conveniently dropped any mention of these units from its statements.
Despite repeated questions by many parties, including those in the media and financial community, both 1MDB and the ministry of finance (MoF) have remained completely opaque as to the source the funds used to repay IPIC. Why are they so adamant in not disclosing 1MDB’s source of funds?
Hence, the US$650 million or RM2.8 billion question now is: are 1MDB and MoF refusing to answer the above questions because MoF has extended the funds, directly or indirectly via some convoluted pretend “rationalisation” schemes to 1MDB to help the latter settle its debt obligations?
Until and unless MoF provides factual clarity on the above, Malaysians cannot be blamed for assuming that 1MDB had to settle the above debt instalment with a taxpayer bailout.
That would cement today as the worst national day in Malaysia’s 60 years of independence.
Tony Pua is Petaling Jaya Utara MP and DAP national publicity secretary.
The views expressed are those of the authors and do not necessarily reflect those of FMT.