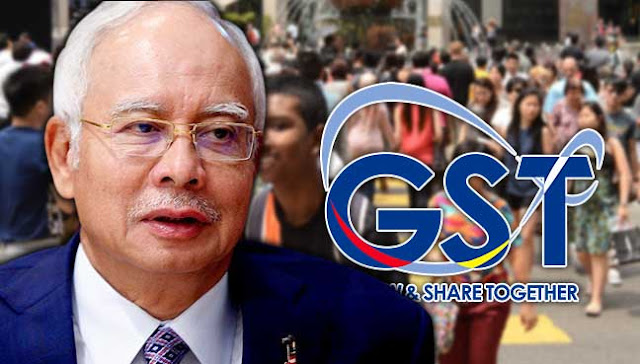 KUALA LUMPUR: Najib Razak today reminded the people that India’s goods and services tax (GST) rate was 28%, lamenting that Malaysians kicked up a fuss over the 6% rate implemented here.

The prime minister said Putrajaya wanted to find solutions to help the B40 group — which are households earning a monthly income of RM3,900 and below — but could not increase taxes as Malaysians did not like to “pay more taxes”.
“They only like public holidays and food, but they don’t like to pay more.
“But in India, the GST is 28%, please remember that,” he said when opening the MIC annual general meeting at Putra World Trade Centre (PWTC) this morning.
The controversial tax, which replaced the 10% sales and service tax, was implemented on April 1, 2015 in Malaysia.
It has been blamed by many quarters for the increase in cost of living and for prices of many items going up.
Najib, who is also the finance minister, slammed unscrupulous traders and businessmen who blamed GST when they increased the prices of goods.
“And they tell the people to blame it on the government. That’s the source of the problem.”
Najib went on to point out that 165 countries had also implemented the GST and urged MIC members to inform the people about this.-FMT NEWS-