GE14 does not belong to Pakatan Harapan 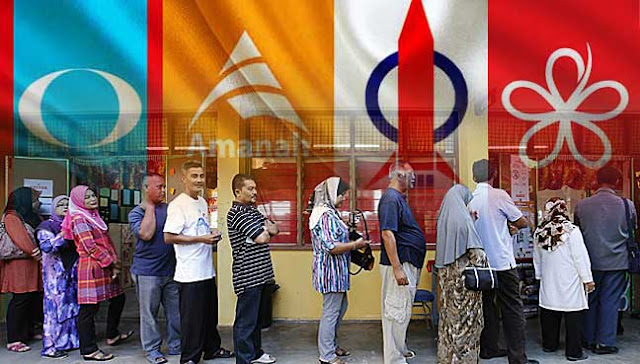 By Haissazc Shuqkin Hisham
“There will be no opposition coalition that is stronger than Pakatan Harapan (PH).”
So said an opposition politician regarding the potential of PH in the upcoming 14th General Election (GE14). Now, a year after this declaration, has that potential been fulfilled?
Beginning with the three main roles in the highest leadership positions of PH, which are yet to be satisfactorily justified, the constant backwards and forwards games within PH (especially PKR) to entice PAS to return home, the leadership crisis in Kelantan PKR, the internal rifts in PKR and a 100-day manifesto that makes little sense, PH looks to be set to wait another five years to capture Putrajaya.
The actions of Latheefa Koya who uploaded statuses in social media which spoke of her disapproval towards Rafizi Ramli, labelling him cancerous and the main cause of the internal rifts within their party, clearly shows that PKR’s leadership crisis is getting worse.
Moreover, the decision to remove Kelantan PKR’s Youth chief, Hafidz Rizal, so abruptly without any transparent discussions in their meetings shows how deep the rot goes.


This is not to say that disagreeing camps within a single party is uncommon. However, a party that has such high ambitions to beat Barisan Nasional (BN) has to be more mindful of its strategy to face any opponent, including PAS.
This is following the recent meeting of PH’s presidential council which agreed that there would be no cooperation between PH and PAS in GE14, at once foreshadowing three-cornered fights.
Another reason why the general election will not favour PH is the fact that there is no strong and influential leadership in each of its component parties.
Dr Wan Azizah Wan Ismail has clearly failed to personify a character who is bold in setting the opposition’s direction. She has even failed to settle problems within her own party, such that now there are rifts between certain key individuals crucial to PKR.
The 100-day manifesto presented by PH a few months ago includes a few items that would be difficult to implement within the first 100 days of PH rule, assuming it captures Putrajaya.
The abolition of the goods and services tax (GST) is a step that makes no sense. It is clear that our country will incur a loss in revenue amounting up to RM42 billion a year to ensure the robustness of our national income. There is no use in abolishing the GST if PH will just introduce another form of taxation in its place. In fact, PH should look into the implementation of the tax system itself.
The GST, also referred to as value-added tax (VAT) overseas, is used by almost every country in the world. From their example, it is seen that this tax is truly beneficial as a source of income for the country to ensure economic growth.
If PH is serious about ensuring our nation is free from such corruption scandals and abuses of power that it has been lamenting about in ceramahs, the question remains: why has it not included the separation of the role of the prime minister and the portfolio of the finance ministry? Why has it not included asset declaration as one of its items in the 100-day manifesto?
PH knows very well how incredibly powerful the finance ministry is in propelling the nation’s economy. The very chairman of PH, Dr Mahathir Mohamad, helped shape our economy during the 1997 Asian economic crisis while conveniently absorbing the ministry into his role without a solid reason. His actions have led to the effects felt today and it is clear that PH has overlooked the need to accept and detail this fact.
If these issues are not addressed and solved immediately from the very roots of the coalition’s leadership, PH will be forced to wait another five years to return as serious contenders against BN and PAS as GE14 does not look to be PH’s.
Haissazc Shuqkin Hisham is an FMT reader.
The views expressed are those of the author and do not necessarily reflect those of FMT.