Eenie, meenie, miney, mo… Oh, whoever shall I vote for? 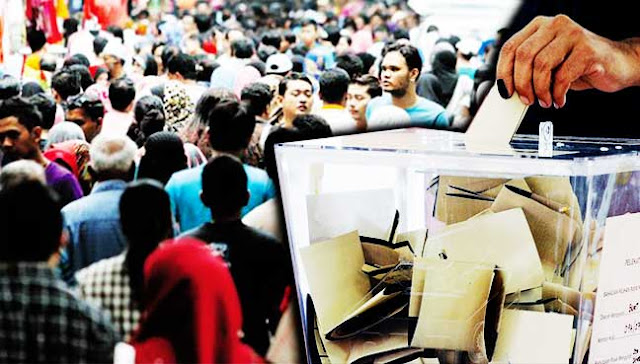 The upcoming nationwide polls have been predicted to be the most competitive the nation will ever see, as opposition parties are at their strongest for the first time since winning five states in 2008.
And with Dr Mahathir Mohamad – who has remained a political force for over two decades – now leading the opposition charge, the prospect of a new government has never been more of a real possibility.

But hope alone doesn’t win battles. Not if a significant number of voters are still clueless on who to cast their votes for, while others continue to deliberate if they even want to vote at all.
According to a survey by PKR-linked Invoke last month, a large number of voters are still undecided as to who their preferred candidate is – 15% of the 11,769 Malays to be precise; 23% of the 3,377 Chinese; and 10% of the 915 Indians, that Invoke polled.
Also, as minister in the Prime Minister’s Department Azalina Othman Said revealed last month, there was still close to four million eligible Malaysians, who have not even registered themselves yet as voters.
So what can politicians do to gain our trust if they want our votes?
Numerous surveys have revealed that playing up on each other’s flaws and failings are not enough to sway voters’ sentiments.
Most of us, especially those in areas with good Internet access already know all there is to know, or at least the important bits, about the staggering global reach of the 1MDB controversy, and the opposition’s endless infighting and back-bitting.
Yet, we are still undecided in our support, despite knowing that the general election is looming ahead and can be called any day now.
Truth is, most of us are too bogged down with getting through the month on the dwindling value of our pay packets to read between the lines of every political spat splashed across the media, or be a spectator to the prolonged “he said, she said” blame games our politicians so relish participating in.
What voters really want is an end to more mud-slinging and a conscious start towards giving us clear solutions to all the problems whether economical, political, financial, or social, that are plaguing the country at present.
And no, “We will fix the problems by forming a new government” is not a solution. Neither is the “We will abolish the GST” promise.
Stop talking down to us and start treating us like the intelligent adults that we are.
Start giving us details about your strategies to lower the cost of living that is eating up our incomes at an alarming rate.
Tell us how you intend to plug the hole in the government’s income once you blissfully abolish the GST.
Tell us exactly how you will tackle the widespread cancer of corruption at all levels of government as well as in the corporate sector that is sucking the country dry.
Or else, come voting day, some of us may choose to kick off our shoes and catch a movie on Netflix in the comfort of our homes instead of standing in line, come rain or shine, to cast our votes at the ballot box.
Worse yet, many more may choose our future leaders by employing the highly suspect technique of “Eenie, meenie, miney, mo… Oh, whoever shall I vote for?”