Dr M: RCI tried to make me look like a kleptocrat but failed 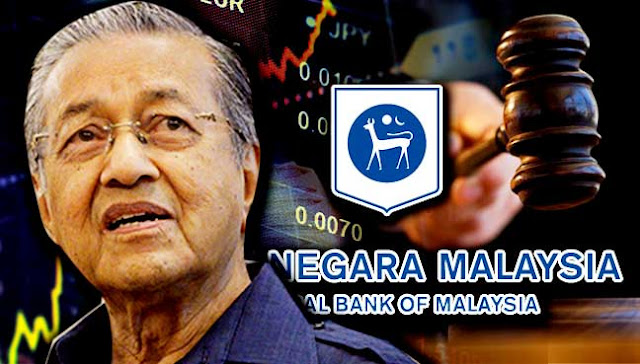 PUTRAJAYA: Dr Mahathir Mohamad says the Royal Commission of Inquiry (RCI) into Bank Negara Malaysia’s (BNM) forex trading losses in the 1990s was meant to make him appear as a “kleptocrat” instead of investigating the reasons behind the losses.

However, he said the RCI’s five-man tribunal had failed to achieve this goal, even after spending more than three hours grilling him.
“Many of them (the questions) were not relevant. They weren’t really focused on finding out (the reason for) the losses.
“As I said in my statement, this RCI is about trying to find a way to make me look bad in the eyes of the public – that during my time, money had been stolen too.
“But I’m afraid they haven’t achieved their objective of making me look like one of the kleptocrats running the government today.”
Mahathir, who was prime minister at the time the BNM forex scandal occurred, was speaking to reporters after giving his testimony at the RCI today.
The nation’s longest-serving prime minister also said the tribunal had attempted to blame him along with then finance minister Anwar Ibrahim for the losses amounting to almost RM30 billion.
“They think they can blame Anwar and make it seem as if he had lied. I don’t see any reason why that should be so, because Anwar only said what was told to him.”
Mahathir was referring to the accusation of tribunal chairman Mohd Sidek Hassan that Anwar had misled the cabinet at the time by stating that BNM’s actual losses in 1992 were only RM5.7 billion.
At a Sept 9 RCI session during which Anwar had provided his witness testimony, Sidek said the amount was actually RM12 billion.
But Anwar, who is the de facto leader of opposition coalition Pakatan Harapan, insisted he had relied on BNM’s 1992 audited financial report when presenting the RM5.7 billion figure to the cabinet.
“They’re trying to make us look bad, like we told lies and stole money. But so far, they cannot prove that we have lied,” Mahathir said when asked about the tribunal’s line of questioning.
He added that even though BNM had suffered such huge losses in forex trading, the central bank had also fully recovered not long after.
“Not only did they manage to recover (from the losses), but today, BNM’s assets are huge, running into hundreds of billion of dollars.
“Please remember that the capital given to BNM at the start was only RM5 million. Today, it has more than RM100 billion.”
Given this, he asked if the RCI tribunal was trying to say that BNM was a failure and was not looking after the people’s money.
A total of 24 witnesses have testified in the RCI proceedings, including Daim Zainuddin, who also served as finance minister under Mahathir.
The RCI has been tasked with getting to the bottom of the forex losses of US$10 billion (about RM25 billion based on the exchange rate at the time) incurred by the central bank between 1991 and 1993.