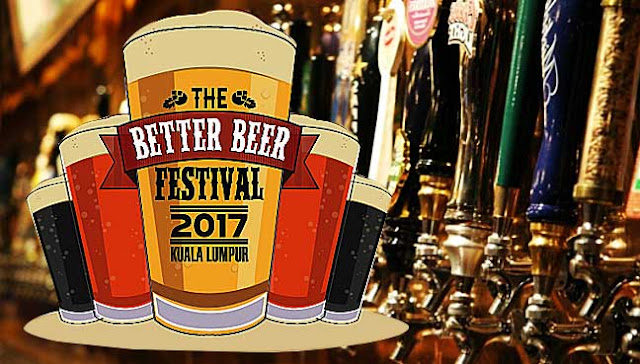 PETALING JAYA: DAP, PKR and MCA have condemned the decision by Kuala Lumpur City Hall (DBKL) to disallow The Better Beer Festival 2017, scheduled for Oct 6-7.
In a joint statement, five MPs, from DAP and PKR, called for a review of the decision by the local authority.
The five, namely Tan Kok Wai, Teresa Kok, Fong Kui Lun, Lim Lip Eng and Tan Kee Kwong, expressed shock at the cancellation of the event as DBKL had not given any reasons to reject the application for a permit by the organisers, MyBeer Malaysia.

“All this while, such activities were carried out without disrupting anybody or causing any trouble.
“It is clear the festival’s target are not Malays but non-Muslim traders and visitors, as well as foreign tourists.
“We regret this incident as a local authority like DBKL is trying to create a diversion by acting like a religious champion.
“Their action is inconsiderate and appears to bow down to political games and ignores the muhibah spirit,” they said in a statement.
In a Sinar Harian report today, DBKL corporate communications director Khalid Zakaria said the council had rejected the organiser’s request for a permit to hold the event at the Publika Shopping Gallery from Oct 6-7.
“If the organiser proceeds with the event, we have the right to take action to the full extent of the law,” he said, adding that DBKL had received a request for a permit from the organiser on Aug 28.
The five MPs also said the cancellation of the event would jeopardise the country’s tourism industry as many foreigners would be afraid to come here owing to the government’s apparent restrictive ways.
The statement said DBKL needed to realise that it was serving all Malaysians, regardless of colour or creed. It is also responsible for spurring tourism growth as KL is the capital city.
“We suggest that the Federal Territories minister order DBKL to withdraw the rejection of the application.
“We also call on the tourism and culture minister to resolve the issue well,” they added.
Recently, PAS central committee member Riduan Mohd Nor labelled the beer fest as a “vice festival”, saying such events could lead to Kuala Lumpur becoming known as the vice centre of Asia.
He also asked the authorities what guarantee they could give members of the public who did not participate in the annual event “to ensure their safety from crime, free sex, rape and so on”.
Activist-lawyer Azhar Harun had said PAS should provide statistics and proof to back its argument that the annual craft beer festival in Malaysia would increase crime rates.
“Has there been a study by PAS or survey by PAS to show that in respect of the beer festival every October the crime rate goes up? Or has the crime rate gone up in Germany every October?”
According to him, Kelantan did not celebrate the beer festival, but the state has the highest cases of drug addiction and AIDS.
This would have been the third time the beer festival was to be held in Kuala Lumpur. It was held in Bukit Bintang in 2012 and the Publika Shopping Gallery in 2016.
Meanwhile, MCA central committee member Ti Lian Ker called on DBKL to be consistent and accountable with regard to the bureaucratic decision to reject the application for the festival.
Ti said DBKL could not arbitrarily reject the application and threaten to take action against the organiser without giving a proper account or reasons for the rejection.
“This is more so if they have previously approved such events but have now arbitrarily and authoritatively decided otherwise.
“Reasons must be given and sufficient time and notice should be given to the public if there are any changes to regulations or public policy.
“In the name of transparency and public accountability, DBKL must give reasons and time to be fair to the organisers and to be seen to be business- and tourist-friendly.
“We cannot deny that tourists across the world and other related industries may have prepared and incurred expenses for this seasonal event,” he said in a statement.
The authorities must be sensitive to public and business needs, Ti added.
He said DBKL must not be seen to be making decisions at their whims and fancies or cave in to pressure from political parties or people with extremist views.
Ti noted that this may also encourage more radical and extremist pressure if DBKL was seen to be weak in upholding the law or their public policies.
“If the cancellation is a result of the recent demand by PAS, or DBKL is caving in to their extremist views, without regard to the rights of others or the silent majority, this will not augur well with the pluralistic and moderate Barisan National policies that our Prime Minister Najib Razak has undertaken and assured the nation about last weekend.”