Beer festivals and a drunk society 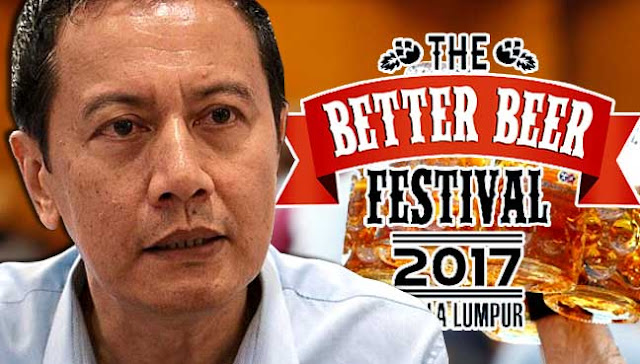 By Azhar “Art” Harun
There is a far deeper – and dare I say, more serious – issue than mere religious sensitivity in the beer festival polemic.
The discourse or debate – if we could call it that – over the beer festival issue is symptomatic of a society that struggles to differentiate and thus, recognise, the differences between personal emotions that stem from one’s faith and rights that are guaranteed by the Federal Constitution, no less.


Of even more concern is the feeling or sense of entitlement that a section of our society harbours, that forms the premise of the objection against the planned “festival”. That is the feeling that the sensitivities of some are entitled to be “respected”. Ultimately, this sense of entitlement ends with demand for respect.
Amid all these attacks and counter-attacks, within what we Malaysians call discourse or debate, the oft-repeated adage that “respect is earned” is raped, murdered, dead and buried.
In a startling – but in fact, not very shocking – moment of decisiveness, the Kuala Lumpur City Hall (DBKL) quickly asked that the planned event be cancelled, citing “political sensitivities surrounding the event” (according to the organiser) as the reason for the decision.
This is not the first time that “sensitivities” have lorded over freedom and liberties and, in fact, the law.
How many times have we witnessed Lord Sensitive wielding its massive axe over the head of the people and whipping the ass out of Tommy Helpless’ rights, freedom and liberty?
Thus we see that whatever happens in a certain religious institution will not be followed through with enforcement of the law even though it causes sexual abuse, injuries and even multiple deaths.
We also see the government back-tracking on a parliamentary bill on unilateral conversion – a decision that is so patently taken because of sensitivities rather than the official excuse that the bill might be unconstitutional. I mean, why didn’t the government think about unconstitutionality before presenting the bill in the first place?
How many times have we witnessed even the highest court of the land shirking its functions and responsibilities on the grounds that the proper forum should be the shariah court, even though the questions at hand are questions relating to the constitution and private rights that are quite obviously well within the purview of the civil courts?
How many times have we collectively avoided talking about child marriages because of sensitivities? And so we have developed a practice – a practice that is so wrong on all fronts, especially that it should take place in the year 2017 – of marrying off young victims of rape to the rapists in order to preserve family honour and to give the young victims a life!
“At least she has a husband,” uttered a politician.
Yes. All in the name of sensitivities.
Years of being bombarded in mind and soul that we are entitled to privileges, including respect and honour, have finally yielded a group of people who demand that their sensitivities be respected and honoured, lest they go ape.
It would than appear that there are many who are drunk, regardless of the presence, or otherwise, of alcohol.
I fear that soon, this country will be governed by sensitivities.
Which makes me wonder, whose sensitivities would be sensitively chosen to lord over other sensitivities?
Azhar “Art” Harun is a lawyer.
The views expressed are those of the authors and do not necessarily reflect those of FMT.