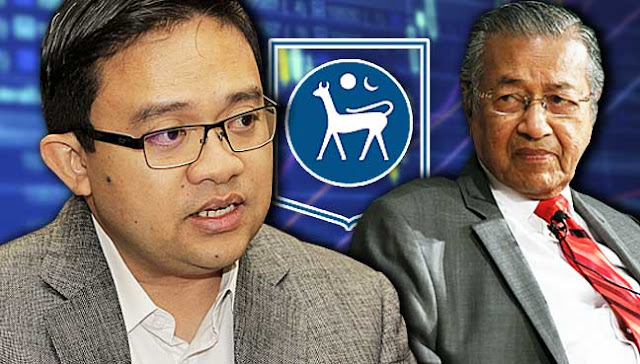 By Wan Saiful Wan Jan
The hearings of the Royal Commission of Inquiry (RCI) on Bank Negara Malaysia’s foreign exchange trading losses has ended. They called in 25 witnesses, and apparently more than 40 relevant documents have been scrutinised.
The RCI was to investigate the losses incurred by Bank Negara in the early 1990s. The RCI was led by its chairman Sidek Hassan, who is former chief secretary to the government and current chairman of Petronas.

At the beginning of the RCI, Sidek told the public that they had been given five key tasks.
First, to determine the authenticity of the allegation on the foreign exchange trading losses suffered by Bank Negara Malaysia in the 1990s and its implications on the national economy.
Second, to determine whether BNM’s involvement in the foreign exchange trading activities which caused the losses had contravened the Central Bank Ordinance 1958 or any relevant laws.
Third, to determine whether there were hidden facts or information relating to foreign exchange losses suffered by BNM and misleading statements given to the cabinet, parliament and the public.
Fourth, to recommend suitable actions to be taken against those found to be directly or indirectly involved in causing the losses and hiding the facts and information on the losses.
Fifth, to recommend appropriate measures to ensure the incident will not recur.
Let me take this opportunity to say that I find the increasing demands for RCIs rather worrying.
Yes, indeed it is a legitimate tool that we can use to investigate any pertinent matter. But the fact that we see more and more people calling for RCIs on various issues show that there is a lack of trust in the regular mechanisms or institutions that exist to investigate matters.
We already have bodies like the police and the Malaysian Anti-Corruption Commission (MACC), plus various other law enforcement agencies, whose jobs are to conduct investigations on matters under their purview.
Public demand for RCIs to be formed imply that they do not fully trust the existing institutions, and that is why another body needs to be formed. This declining trust in our public institutions worries me.
In any case, the formation of this latest RCI is another low in itself. It was formed to investigate a matter that took place 30 years ago, when there are more than enough things that remain unresolved today.
The Malays have a saying about this: “Gajah depan mata tak nampak, tapi kuman di seberang laut nampak jelas.”
Supporters of former prime minister Dr Mahathir Mohamed have claimed that the RCI is an attempt by the government to tarnish his legacy. They have a point.
The focus of this investigation seems to be on Mahathir alone. With a stretch, perhaps it will implicate Anwar Ibrahim too. But the focus seems to be Mahathir.
I find this truly amazing because the RCI was formed only when Mahathir formed a new political party that is currently challenging Umno.
When he was still in Umno, nobody was interested in investigating him. And when he was prime minister, many of these people, from all races and religions, were kissing his hands.
Some of the current members of the cabinet were Mahathir’s ardent defenders soon after the losses were incurred by Bank Negara. They stayed sheepishly silent while Mahathir was their leader. And they continued to be silent even after Mahathir’s retirement as prime minister in 2003.
Is it a coincidence that these politicians suddenly found their conscience a few months after Mahathir founded a new opposition party?
Where did they hide that conscience during the years when they were worshipping Mahathir?
Malaysia follows a Westminster-style democracy where the cabinet as a whole acts collectively. There is no one-man-show. All members of the cabinet are collectively and equally responsible for all the decisions.
Now with the new-found conscience, can we reasonably expect that everyone who has ever served under Mahathir’s cabinet will take collective responsibility for any recommendations made by the RCI?
Or are they going to blame Mahathir alone since he is now an opposition leader, while claiming infallibility for those who are still in government?
An RCI is an institution that we usually appeal to in order to boost confidence in our system of government.
When other bodies cannot fully fulfil the trust burden, we often appeal to entities like the RCI to step in and play their roles.
The high regards commanded by an entity like the RCI is the reason why it usually works. That is also why such a body deserves the word “Royal” in its name.
But abusing an RCI like this is completely unacceptable. It erodes trust in yet another institution in the country.
If Mahathir has done any wrong in the Bank Negara forex dealings, then those people who were in his cabinet at that time should have resigned in protest, or they should at least have spoken, then. Not just now. But they had 30 years to do it.
Failing to resign at that time shows that they have no real principles. And what a shame that they damage public trust in the noble institution of the RCI too in this blatant exhibition of their hypocrisy.
Wan Saiful Wan Jan is chief executive of Institute for Democracy and Economic Affairs (IDEAS).
This commentary was first published in Sin Chew Daily.
* The views expressed are those of the authors and do not necessarily reflect those of FMT.