Abolishing GST not the answer 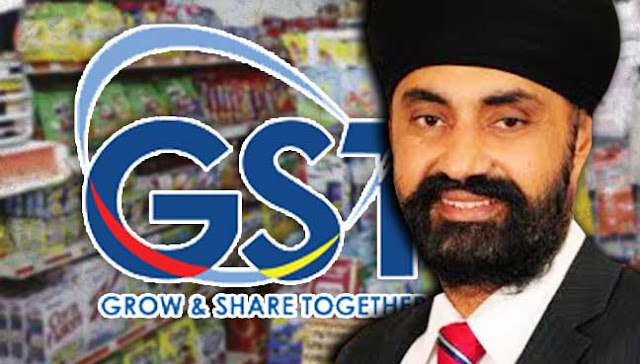 By Darshan Singh Dhillon
It has been almost two and a half years since the hugely unpopular goods and services tax (GST) was introduced in Malaysia. We now pay tax in accordance with our own consumption pattern. Although unpopular, many economists consider the GST the most efficient way of widening Malaysia’s tax base.
Following its introduction back in April 2015, we witnessed a sharp increase in the prices of goods and services, the effects of which are still being felt today, especially by the B40 segment of the society.

It was rather unfortunate for the government that during the GST introduction period, various other unexpected elements further aggravated the cost of living, such as the sharp decline in the value of the ringgit which caused our imports to become more expensive, and the economic slowdown.
The Malaysia Consumers Movement (MCM) commends the domestic trade, cooperatives and consumerism ministry (MDTCC) for responding swiftly to price increase complaints by consumers, and invoking the provisions of the Price Control and Anti-Profiteering Act pertaining to unethical business practices, especially those found to be making excessive profits.
The MDTCC’s enforcement division’s proactive action sent warning signals to businesses against flouting regulations, but this appears to have only worked well with established and reputable businesses. More needs to be done to check smaller businesses, especially those which serve consumers’ daily needs.
While it is unfair to attribute the high cost of living issues entirely to the introduction of the GST, it is rather unfortunate that interested parties have continuously used the GST as an issue to attack and discredit the government, which the MCM believes is unfair. If the GST was indeed bad, more than 160 countries around the world would not have implemented it, the latest being India.
We continue to hear pledges to abolish the GST, but would this not be an irresponsible move, especially after millions of ringgit have been invested in its introduction and implementation?
Should the government continue to depend heavily on revenue generated from oil and income tax alone? How will the government fund developments without sustainable tax revenue? The GST has been proven to boost the country’s revenue base, preventing the economy from collapsing, the results of which were obviously demonstrated during the recent oil price decline.
What we need to see happening is not the abolishment of the GST but efficient management of revenue collected by plugging leakages and equitable distribution, especially in helping to elevate living standards of the B40 segment.
While the Bantuan Rakyat 1Malaysia is commendable, we need more sustainable social security mechanisms to ensure that long-term benefits are felt and enjoyed by the rakyat.
As for consumers, let us re-look, reconsider and review our own consumption patterns to ensure that we minimise leakage while stretching every ringgit to maximise its value.
Let’s seize all opportunities which lie within our reach and mould our world to truly become a better place for ourselves.
Darshan Singh Dhillon is president of the Malaysia Consumers Movement (MCM).
The views expressed are those of the authors and do not necessarily reflect those of FMT.