‘When will our leaders speak up against violence?’ 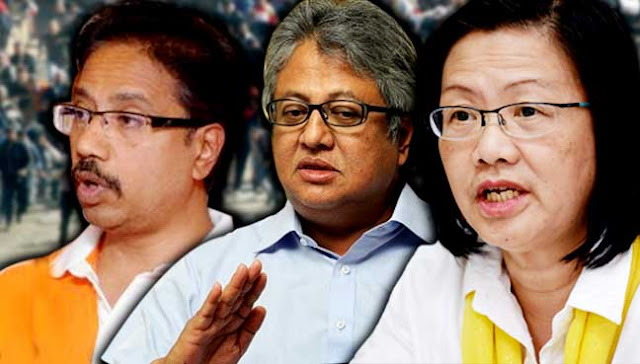 PETALING JAYA: The nation is watching as the culture of pre-election violence gains a foothold in the country, and yet the government continues to pretend that such problems don’t exist, says Bersih 2.0 chairperson Maria Chin Abdullah.
She said the silence of those leading the country was not only deafening, but would result in the prosperity of violence towards those who dared to stand up for what they believed in.
“We have never in our Malaysian history experienced this kind of violence. We are now, because the top leadership does not say anything.
“The Inspector-General of Police Khalid Abu Bakar and Home Minister Ahmad Zahid Hamidi must take a drastic and bold stand to stop the violence we are witnessing,” she told FMT.
Maria was responding to an FMT report this evening on the assault against Hindraf chairman P Waythamoorthy.
Waythamoorthy’s lawyer told FMT that two unknown assailants had barged into his office, held a knife to his throat and warned him “not to mess around with the government”.
The incident took place just three days after the fracas at Pakatan Harapan chairman Dr Mahathir Mohamad’s Nothing to Hide 2.0 forum, which saw a group of teenagers throwing chairs, slippers and flares at the 92-year-old.
The nation’s top cop, Khalid, had dismissed calls for the police to go after the perpetrators of the chaos instead of the forum’s organisers.
He reportedly said the organisers should know their responsibilities under the Peaceful Assembly Act (PAA) 2012.
“Who in their right mind would bring a flare to an event? It is, of course, pre-planned political violence and if we cannot put a stop to it, then we are in deep trouble,” Maria said in response to Khalid’s statement.
She also pointed to Zahid’s controversial remark yesterday that human rights defenders who opposed the recent amendments to the Prevention of Crime Act 1959 (Poca) were actually protecting criminals.
“These kinds of statements are very unhelpful and give the wrong message. If the deputy prime minister cannot distinguish between human rights and crime, then I worry for the future of this country.”
Former de facto law minister Zaid Ibrahim said the same, pleading for Prime Minister Najib Razak to take a firm stand against any form of violence.
“It’s most unfortunate that we have come to this. I hope the prime minister will put a stop to it because this is not good for the country.
“What’s the point of having the MRT system if the country is destroyed?
“The prime minister should come out in the open and say we will not tolerate this any longer,” he told FMT.