Slippers thrown at Dr M's direction; chairs and flares fly at 'Nothing to Hide 2' 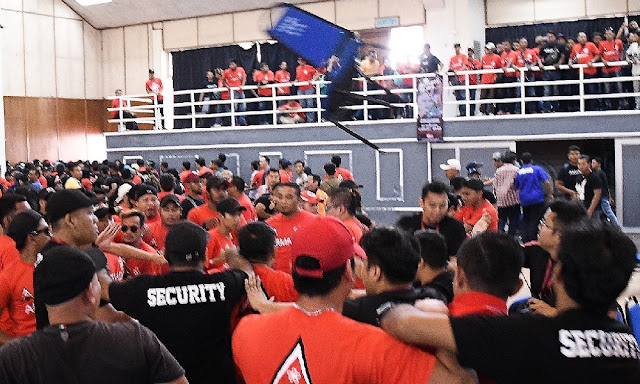 The "Nothing to Hide 2" forum organised by Parti Pribumi Bersatu Malaysia (Bersatu) descended into pandemonium after unidentified persons threw slippers at the direction of party's chairperson Dr Mahathir Mohamad.
Bersatu had invited Najib Abdul Razak to debate Mahathir at the Shah Alam function but with the prime minister not expected to attend, it was initially a one-sided affair. 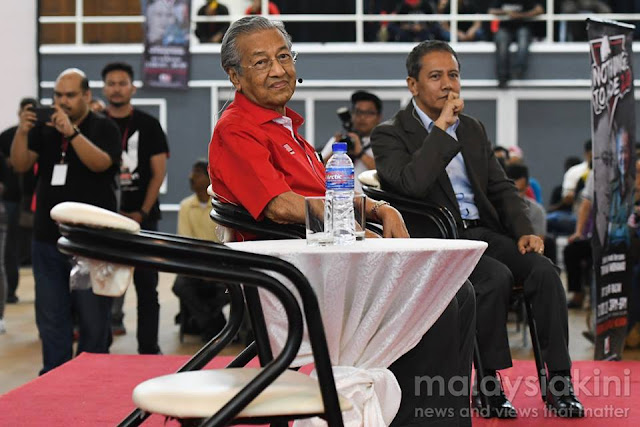 The event, at Dewan Raja Muda Musa, got off to a slow start with Mahathir launching his usual salvos against Najib but something appeared amiss during the question-and-answer session as several confrontational questions were hurled at Mahathir.

While Mahathir was answering a question on the Memali tragedy in Baling, slippers were suddenly hurled at his direction. 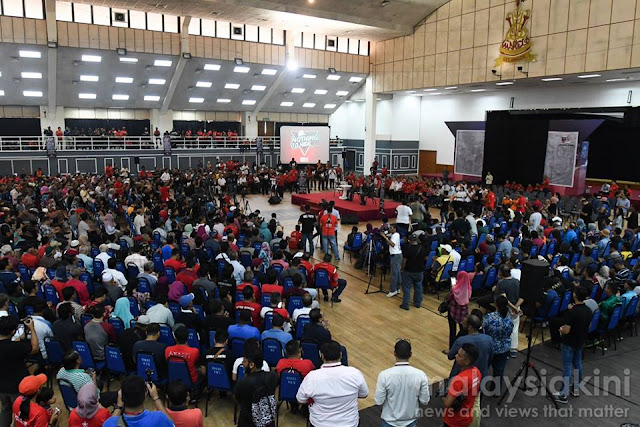 The situation quickly escalated as Bersatu supporters were riled by the incident and attempted to confront the suspected provocateurs.
Soon bottles and chairs were also seen being hurled at Mahathir's direction from the floor. 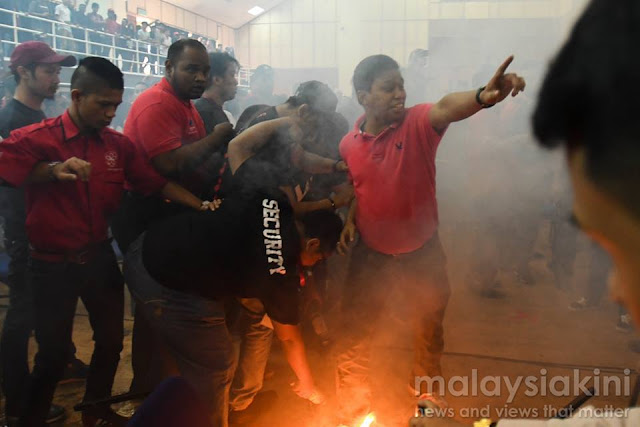 At least two flares were also released at the venue, turning the hall into a red glow.
Security personnel quickly scrambled to protect Mahathir.
A fight ensued between Bersatu members and the unidentified provocateurs which quickly spilled outside the venue and into the parking lot.
Sporadic fighting took place outside the hall as suspected troublemakers were pursued.
Bersatu supporters later detained three suspected troublemakers, who appeared to have suffered some beating. 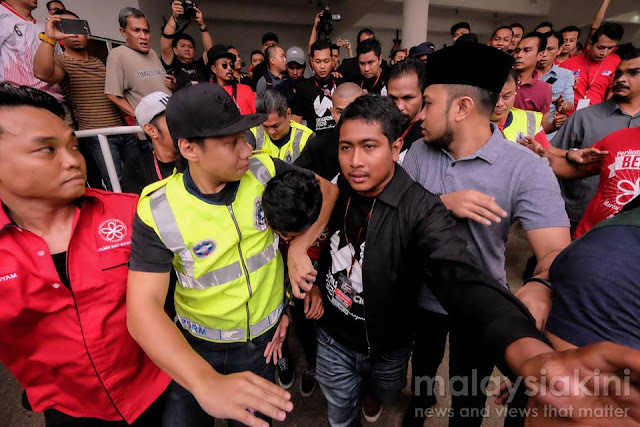 Three arrested
The suspects, two of whom were clad in Bersatu T-shirt, were handed over to the police.
The Shah Alam police later said the three suspects were aged between 17 and 19.
It was unclear how many people were injured in the fracas but a journalist and another elderly man were seen tending to their knees.
Mahathir was not hurt in the incident.
Prior to the chaos, the nonagenarian had been fielding hostile questions from audience members. 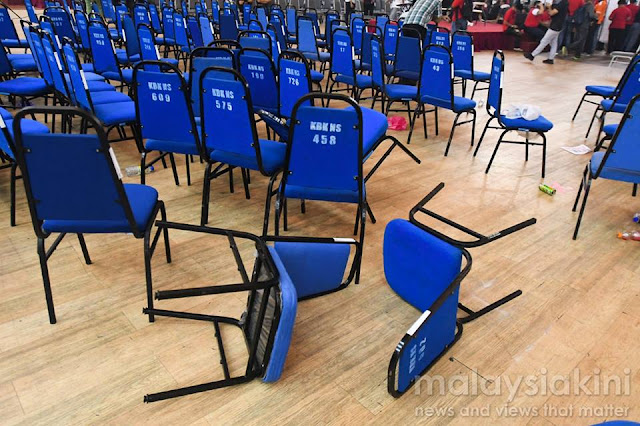 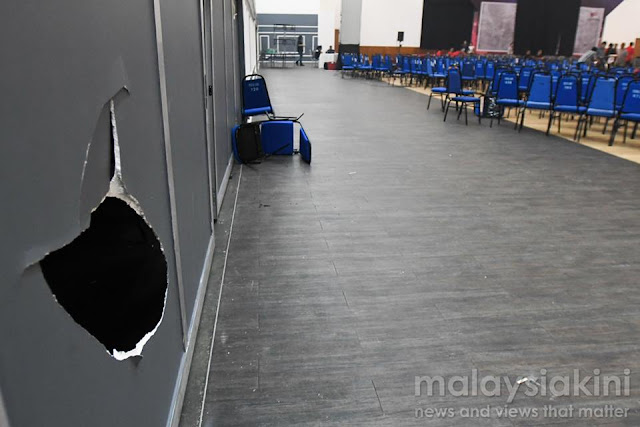 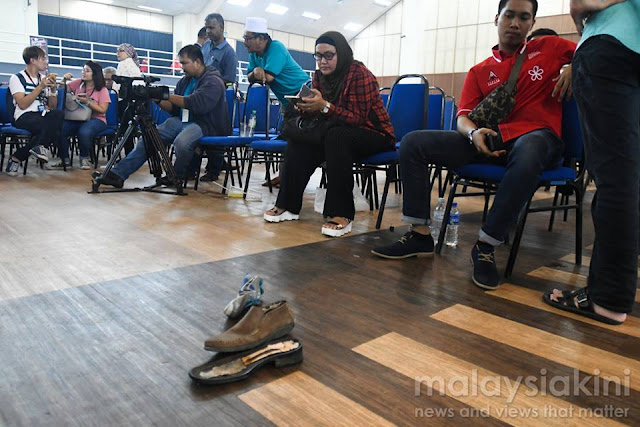 Mahathir grilled
The question on Memali was on how the villagers who died during the incident in 1985 were framed as criminals.
Mahathir was also asked about whether he was willing to betray the Malays by working with DAP, for the sake of advancing his son Mukhriz's political career.
Another question was on whether the first sodomy charge against PKR de facto leader Anwar Ibrahim in 1998 was a politically motivated move by Mahathir and whether the Bersatu chairperson was willing to support a convicted sodomite as prime minister.
Mahathir responded to this question by saying that Anwar himself had never asked such questions, nor had he ever demanded an apology.
"If we dwell on what happened 18 years ago, Najib will be prime minister forever," he said.
Prior to the question and answer session, the nonagenarian launched several scathing attacks on Umno.
He said Umno ministers and members supporting Najib "lacked two things" in an apparent reference to male genitals.
"That's why they continue to support him," he said.-MalaysiaKini-