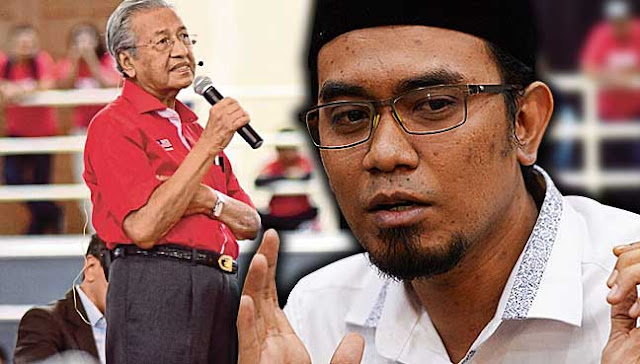 KUALA LUMPUR: PPBM Youth committee member Mohamad Taufik Abas claims he has been sacked over the fracas at the “Nothing to Hide 2.0” forum in Shah Alam last Sunday.
He said he came to know of the sacking over Twitter but had yet to receive an official letter from the party.
He regarded as unprofessional the action by PPBM Youth chief Syed Saddiq Syed Abdul Rahman in sacking him over social media.
His sacking was attributed to him raising a question on the Memali tragedy when party chairman Dr Mahathir Mohamad was fielding questions from the floor.
“I only came to know of it through Twitter. Can you imagine a Youth wing leader resorting to this? It’s too childish.
“There should have been an official letter. I should have been called up for a closed-door meeting, not in this way,” he told a press conference here on Friday.

He also said that during the fracas at the gathering, chairs were hurled at him and not at Mahathir.
The commotion erupted as Mahathir was replying to a question on the Memali tragedy. Several guests started throwing footwear, chairs, water bottles and flares.
“When I asked a question about the Memali incident, Tun replied. When I asked the second question, the chairs were thrown close to me and others.
“Then there were people claiming that this was designed to injure Tun when it was clear in the video clip that he was far away and was unhurt,” he said.
Taufik said the organiser should take responsibility for the incident and not blame others.
“The programme was a failure. The organiser should know that in a programme such as a dialogue, there are bound to be provocative questions.
“As such, the organiser should ensure the security of all present,” he said.