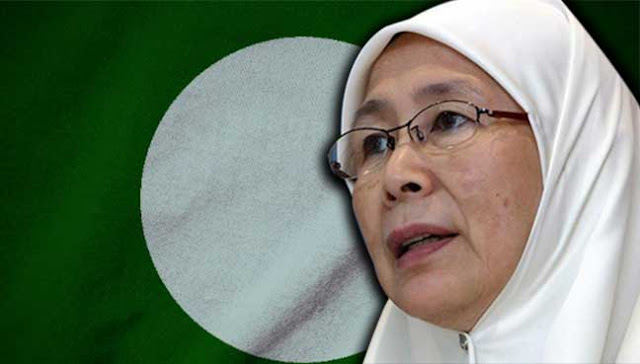 KUALA LUMPUR: PAS’ intention to stand in some seats held by PKR in Selangor shows that the Islamist party isn’t serious about wanting to topple Barisan Nasional (BN), PKR president Dr Wan Azizah Wan Ismail declared today.
Speaking on the sidelines of a forum on Chinese investments here, the Kajang assemblywoman commented on Selangor PAS’ announcement that it would contest her seat and seats held by PKR deputy president Azmin Ali in the next general election (GE14), despite PKR’s ongoing efforts to court PAS.
She said the opposition’s main goal was to topple BN and that if the opposition was split, BN would win.
“If PAS’ stance is seen as being supportive of Umno, then they will lose support not only from the non-Malays, but also the Malays.”
Yesterday, Selangor PAS commissioner Sallehin Mukhyi said PAS had always been keen to contest in many seats in the state, but had given way in some areas to PKR .
This included letting Azmin, who is also Selangor menteri besar, contest the Gombak parliamentary seat in the 2008 and 2013 general elections, he said.
Sallehin, who is the Sabak assemblyman, said his party would field candidates in at least 42 state seats in Selangor in GE14.
He said PAS was ready to face three-cornered or more contests.
He added that the decision to contest in at least 42 state seats in Selangor had been endorsed by the PAS national leadership, and he was confident the party would be victorious in them.
In the 2014 Kajang by-election, Wan Azizah won the state seat with a 5,379 majority.
In GE13, Azmin retained his Bukit Antarabangsa state seat with a margin of 4,044 votes.
Azmin won the Gombak parliamentary seat in 2008 and retained it in GE13 with a majority of 4,734 votes.