Opposition politicians must be whiter than snow 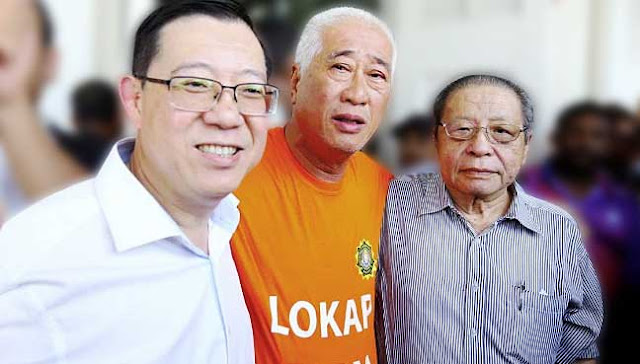 By TK Chua
The Malaysian Anti-Corruption Commission’s action against Phee Boon Poh, the Penang State Executive Councillor for Welfare, Caring Society and Environment, could be interpreted in many ways – politically motivated action, selective investigation, or even aimed at diverting attention.
Given the political climate in the country today, it is difficult to avoid these insinuations.
But opposition politicians must do more than just cry foul.
It is my contention that opposition politicians must be whiter than snow. There is no two ways about it. Their behaviour and conduct must be beyond reproach. They must be clean and seen to be clean. They must leave not an iota of suspicion or an excuse for action to be taken against them.
It does not matter that politicians from the other side of the aisle are indulging in mega corruption or abuse of power. There is no justification for opposition politicians to do the same based on what their opponents have done.
Opposition politicians must be extra careful in whatever they do. All decisions and actions taken by them must be justifiable and based on laws and proper governance. It does not matter that no actual bribery or quid pro quo has taken place.
I think it is quite dicey for a State Exco to write a letter asking a government agency not to take action against an illegal factory even if this is part of the state’s official/interim policy. More so if that factory has been accused of polluting the environment for a long time.
As I said earlier, it does not matter if no bribery was involved. Unless there are extenuating factors, any action to support an illegal act will invite suspicion.
Opposition politicians ought to understand by now the “rules of the game”. There will always be more stringent monitoring of their activities by the authorities. There will be more stringent standards applied against them.
The best defence is not to cry “double standards’ or “selective prosecution”.
The best defence is to deny them a beachhead to launch the attack. Do everything properly and transparently. Is this not what the opposition has been fighting for all these years?
Opposition politicians may cry foul over selective investigations or prosecutions today. But there are deeper implications to this. Would they allow investigations and prosecution against themselves should they gain full power someday?
Food for thought.
TK Chua is an FMT reader.
With a firm belief in freedom of expression and without prejudice, FMT tries its best to share reliable content from third parties. Such articles are strictly the writer’s personal opinion. FMT does not necessarily endorse the views or opinions given by any third party content provider.
Share to: