Najib: GE14 can be held at any time 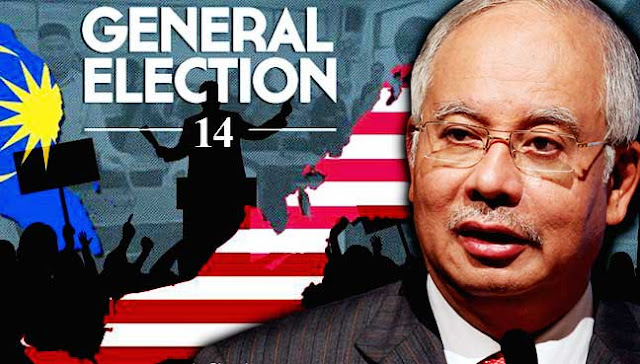 KUALA LUMPUR: The 14th general election (GE14) can be held at any time and the Umno general assembly scheduled for Dec 5 to 9 can be postponed if there is a clash of dates, says Prime Minister Najib Razak.
“The general election can be held at any time, and if it clashes with the date set for the Umno general assembly, we will postpone the assembly,” Najib, who is also Umno president, said after chairing the party’s supreme council meeting at Menara Dato’ Onn, Putra World Trade Centre, here today.
Also present were Deputy Prime Minister Ahmad Zahid Hamidi, the Umno vice-president who is assuming the duties of party deputy president, and vice-president Hishammuddin Hussein.
Elaborating, Najib said the Umno general assembly would kick off with the presidential briefing on Dec 5, followed by the simultaneous opening of the meetings of the three wings – Wanita Umno, Youth and Puteri Umno – in the evening.
The meetings of the three Umno wings would be held during the day on Dec 6, while the supreme council meeting is scheduled to take place in the evening.
The Umno general assembly will take place from Dec 7 to 9.
In another development, the prime minister said this year’s Merdeka eve and the National Day celebrations would be merrier and more special if the national contingent emerged the overall champion of the 2017 SEA Games.
“With the huge support from the people at all venues, the athletes seem to be highly motivated to create success for the country, and if this trend persists, we have a chance to emerge champions.
“And this year’s Merdeka eve and National Day celebrations will definitely be more extraordinary than ever,” he said.
At press time, Malaysia is leading the medal tally with 61 gold, 45 silver and 35 bronze.
The biennial games began on Aug 19 and the closing ceremony is scheduled to be held on Aug 30.
Malaysia celebrates its National Day on Aug 31.