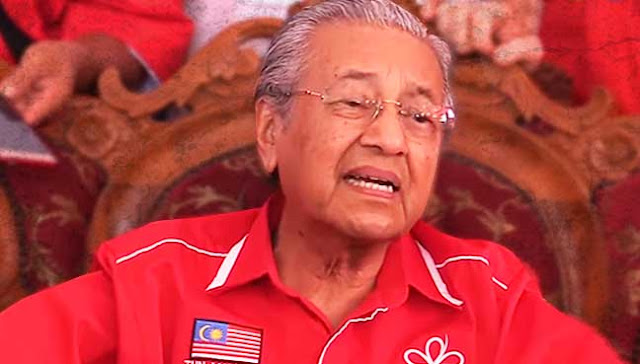 MACHANG: Dr Mahathir Mohamad today brushed off Najib Razak’s claim that recent developments point to a “good mood” in the country, saying the prime minister was out of touch with the sentiments on the ground.
“He only listens only to people close to him,” the Pakatan Harapan (PH) chairman told reporters after launching the coalition’s Kelantan chapter today.
Following the Umno Supreme Council meeting last night, Najib said there was a “good mood” prevailing in the country, pointing to the 5.7% economic growth rate in the first half of this year, Bank Negara Malaysia’s reserves hitting the US$100 billion mark, positive consumer sentiments and the public’s overwhelming response to the recently launched MRT service in the Klang Valley.
But Mahathir said it was Najib’s way of consoling himself that the government still enjoyed public support.
“The truth is that the people’s anger towards Najib and the Barisan Nasional (BN) government is at its peak,” he said.
He said the large crowd at the PH event today was proof people were turning away from BN.
“If Najib were to come here today, to see the people at this event, he will get stomach ache, food poisoning, diarrhea,” said Mahathir.-FMT NEWS