I won’t be bullied into becoming an Umno CM, says Guan Eng 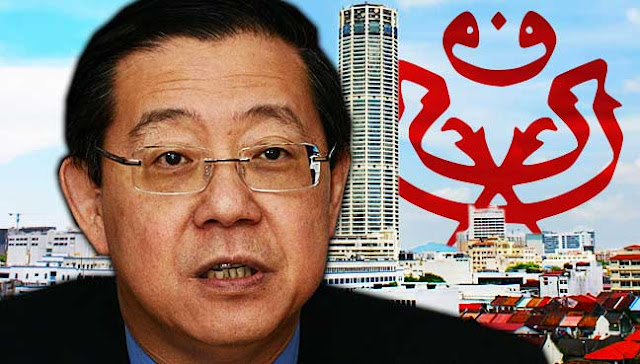 GEORGE TOWN: Penang Chief Minister Lim Guan Eng today dismissed a minister’s call for him to be removed from the top posts of state government agencies as “political hypocrisy”.
This was after Minister in the Prime Minister’s Department Abdul Rahman Dahlan said it was time to separate the chief minister from agencies such as the Penang Development Corporation and PBA Holdings Bhd if Barisan Nasional (BN) wins the state in the next general election.
Lim said it was thanks to laws enacted during the BN era that the chief minister or menteris besar of the state would have to assume the chairmanship or leadership post by default.
“Rahman made personal attacks against me for becoming too powerful. He said it was time to separate the Penang chief minister from leading state bodies.
“Why is it okay for other BN menteris besar and chief ministers to chair state agencies, but not for Penang?
“I will not be bullied into becoming an Umno chief minister, but will boldly stand up to BN’s bullying to be a people’s chief minister fighting cronyism, corruption and abuse of power,” Lim said in a statement today.
Lim’s remarks appeared to be a jab against his predecessor Koh Tsu Koon of Gerakan, whom his detractors had called an Umno chief minister.
Lim also hit out at Rahman for saying Penang would lose its position as a leading financial, investment and industrial centre if Pakatan Harapan stayed in power.
“This is an indirect admission by Rahman that since Pakatan took over in 2008, Penang has slowly recovered from its state of decline by attracting more investments, jobs, and tourism,” he said.
To prove his claims, Lim said Penang had recorded a strong investment growth of 73% in the manufacturing sector over the nine years of opposition rule since 2008, recording investments of RM59 billion.
He compared these to figures from the nine years before 2008, where investments had totalled RM34 billion between 1999 and 2007.
Lim also compared the number of jobs offered between 2008 and 2016, which at 139,133 outstripped the 121,511 jobs offered between 1999 and 2007.
On a separate note, he called on Penang BN to lay out its plans on dealing with illegal outfits in the state.
“Penang BN should clearly state whether it will demolish all illegal hawkers, structures, factories, temples, Indian temples and churches if it comes to power.
“This will provide a clear contrast to the Pakatan government’s policy of not taking action against such illegal structures built before 2008, but of trying to resolve it amicably by legitimatising it or through relocation unless the illegal structures block traffic or disturb the public.
“Let the people decide who is right and trustworthy and who has no shame,” he said.
-FMT NEWS