I did not slander Anwar, says Manickavasagam 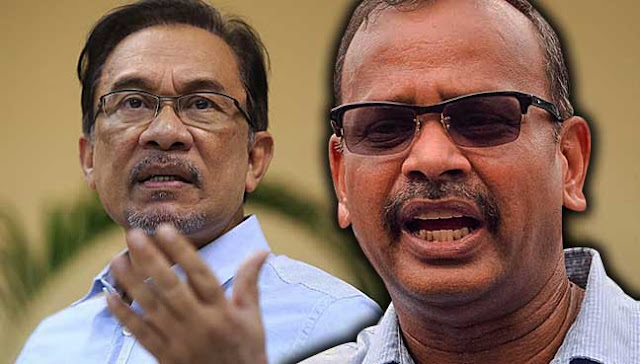 PETALING JAYA: PKR’s S Manickavasagam has denied uttering slanderous words against the party’s de facto leader Anwar Ibrahim at an event in April or any other instance.
The former Kapar MP was issued a suspension letter by the party today, with the disciplinary board saying it had found him uttering allegedly slanderous statements related to the party’s leadership four months ago.
Manickavasagam however has claimed that a Malay party member who was not even present at the Hindu temple function had complained to PKR that he had slandered Anwar while there.
“I have never said anything bad against Anwar,” Manickavasagam said.
“I denied it in the Tamil papers then. I also made a police report,” he told FMT today.
In explaining his side of the story, Manikavasagam said he had been invited by the chairman and building committee of a temple in Kapar to officiate the inauguration of a statue of Lord Muruga in April.
He claimed that when he arrived there a few men who were drunk caused a stir and started hitting out at Anwar and himself, as they were unhappy with him being given the post of Bukit Melawati constituency coordinator.“The chairman then brought me in and garlanded me,” he said.
“After that I gave a speech, in which I spoke about the good that the Selangor government was doing,” he said, adding that the four men were PKR supporters.
The matter was later put to rest when one of the men came over and apologised to him, he said, adding that it was a Malay party member, who wasn’t even at the temple, who had later reported to PKR that Manikavasagam had spoken ill of Anwar.
Manikavasagam said he will appeal the decision and defend himself before the party’s disciplinary committee.
When asked about his future with the party, Manikavasagam said he would decide on it later.
In a statement today, PKR’s communications director Fahmi Fadzil said party secretary-general Saifuddin Nasution had informed Manikavasagam, who is a central leadership council member, that his party membership had been suspended for two years effective today.
“This is the decision of the party’s political bureau, based on a report by the party’s disciplinary board, which found Manickavasagam had allegedly made the slanderous statements related to the party’s leadership in a speech in Kapar on April 8,” he said.
Share to: