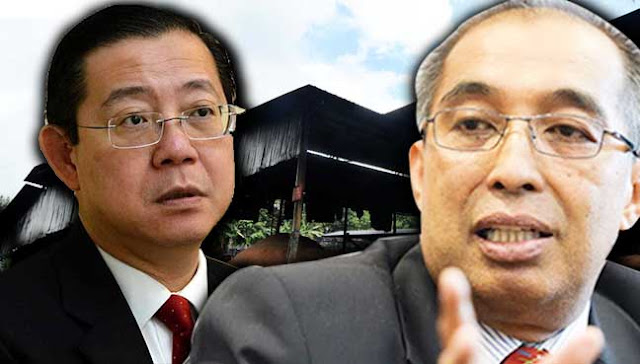 KUALA LUMPUR: The DAP-ruled Penang government has been told not to point fingers at Barisan Nasional (BN) after failing to solve the problem of illegal factories operating in the state.
Communications and Multimedia Minister Salleh Said Keruak said as the ruling state government, DAP should be responsible for solving problems faced by the state.
“What’s important is, when we have been given the opportunity to form a government, we solve problems in the state.
“If there are illegal factories in the state, of course, the government is responsible for solving the problem, which is very important because a responsible government is one that can solve problems,” he said today after launching the book “Buku Bajau – Pahlawan di Laut, Perwira di Darat” penned by Musli Oli.
He was asked to comment on Penang Chief Minister Lim Guan Eng’s statement blaming the former BN-ruled state government over the issue of an illegal factory operating in Sungai Lembu.
Lim had also said that DAP only inherited the problem from the previous administration when it took over the state government in 2008.
Lim was reported as saying that the current DAP-ruled state government did not take action against any illegal building, factory, shrine or hawker stall which had existed before 2008, as long as it did not disturb the people or traffic.
The chief minister said this was part of the DAP government’s policy after taking over the administration in 2008.
Lim’s statement was issued after the authorities, including the Malaysian Anti-Corruption Commission (MACC), investigated the illegal factory whose activities were believed to be detrimental to the health of residents in the area.
However, Salleh said the problem of illegal factories should have been resolved by the Penang government, regardless of when the factory was established and began operating.
Share to: