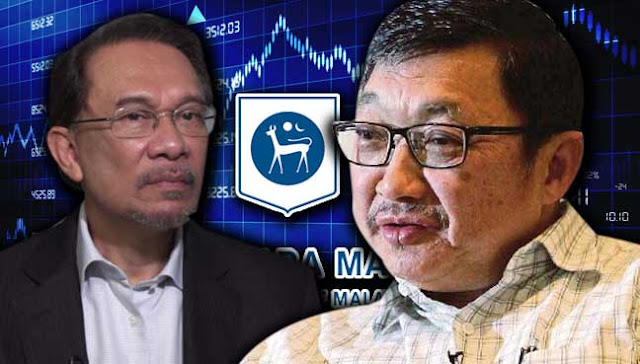 
Prior to that, Murad said he informed Jaffar, during a visit to the Chemical Bank in New York, that BNM’s losses with Chemical Bank at that time was about RM715 million (US$170 million).
“The governor did not believe it and scolded me, and told me to discuss the matter with Nor Mohamed Yakcop, who was then BNM adviser (1992),” he added.
Murad, who was BNM adviser in 1994, said this at the RCI proceeding at the Palace of Justice here today.

He said the foreign exchange transaction carried out by BNM then involved US dollar, pound sterling, Deutch mark, Japanese yen and French franc and was made on the instruction of the then BNM adviser (Nor Mohamed).
He said there was no written manual on the check and balance system in BNM foreign exchange then, with the transactions recorded by the accounts department.
Murad said that during an interview with the media on Jan 27, 2017, he had said that BNM could not be involved in transactions that were speculative, in accordance with the Central Bank of Malaysia Ordinance 1958.
“However, the foreign exchange dealings carried out in the 1980s and in 1990 until 1993 were speculative and were not based on assets, but more of gambling,” he said.
He said the foreign exchange losses incurred by BNM then was the biggest scandal in the world’s banking history.
“Hence, a cover-up had to be done to protect the image of BNM and the Malaysian government,” he said, adding that BNM did take action by asking Nor Mohamed and Jaffar to resign.
Murad said he only exposed BNM’s foreign exchange losses during an interview with the media on Jan 27 this year, which was 24 years after the transactions were carried out, because he had the opportunity to do so.
The proceeding, which was opened to the public and chaired by Mohd Sidek Hassan, continues on Aug 24.