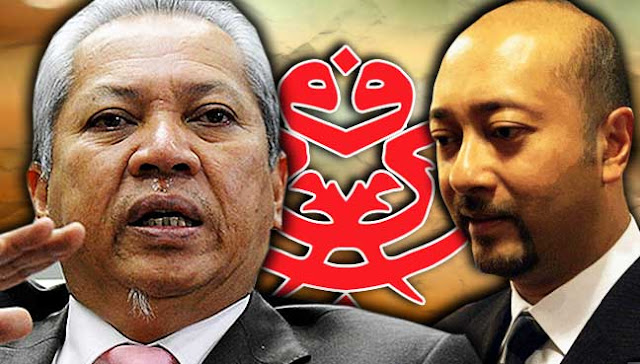 PETALING JAYA: Umno information chief Annuar Musa has criticised Mukhriz Mahathir for claiming Umno had to bribe members to come for the party’s division meetings.
Annuar said this in response to the PPBM deputy president claiming at a ceramah earlier that “lavish gifts ranging from drones, cars, motorcycles and even low-cost homes were handed out freely as part of ‘lucky draws’ to entice members to attend the party’s annual general meetings in Kedah.”


“Umno members today are being fed with ‘dedak’,” Mukhriz had said, using the Malay term for “chicken feed” to refer to bribery in cash or kind in exchange for support.
“It is very childish of Mukhriz. I expected him to talk about things in a more mature manner,” Annuar said over such accusations.
Annuar, who is Ketereh MP, said Mukhriz had “downgraded” himself by taking jibes at his former party which he quit just last year.

He questioned if Mukhriz, who was former Kedah menteri besar, had himself been involved in giving away the “prizes” that he reportedly cited in his allegation.
Meanwhile, Umno treasurer Salleh Said Keruak said such accusations by opposition parties were made to generate a negative impression towards the party among the public.
“Those who attended the events would know better,” the communications and multimedia minister told FMT in a brief text message.
Mukhriz made his comments during his speech at the Jelajah Semarak 3M-Mahathir-Muhyiddin-Mukhriz ceramah in Kepala Batas Friday night. The event organised by PPBM was attended by about 3,000 people.