Zahid: His name was Mahathir, son of Iskandar Kutty 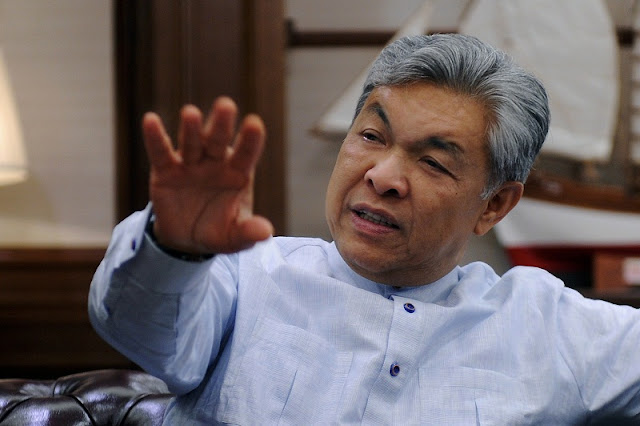 Datuk Seri Ahmad Zahid Hamidi said he was informed by the National Registration Department that Tun Dr Mahathir Mohamad’s original name was “Mahathir a/l Iskandar Kutty.”
Ahmad Zahid, who is both deputy prime minister and home minister, said this while delivering his keynote at the Kelana Jaya Umno division meeting today, according to the Malaysiakini news portal.
“This is why they say ‘Malays easily forget.’ For 22 years, I did not touch on his personal issues. But this is his previous blue IC,” the acting Umno deputy president said while displaying his smartphone to the audience.
“His name was Mahathir son of Iskandar Kutty,” Zahid said, with emphasis on the phrase “son of” that is customarily used by the Indian community here.
Although Zahid did not specifically name Dr Mahathir, he referenced the former prime minister’s catchphrase as well as his 22 years in power.
He then accused Dr Mahathir of only championing Malays in order to use the community for his personal goals, and of abandoning Umno after milking it dry of all benefit.
This is the second time that Umno leaders have brought up Dr Mahathir’s Indian ancestry in apparent mockery.
Dr Mahathir’s lineage is believed to include ancestors from Kerala, India on the paternal side. -themalaymailonline.com