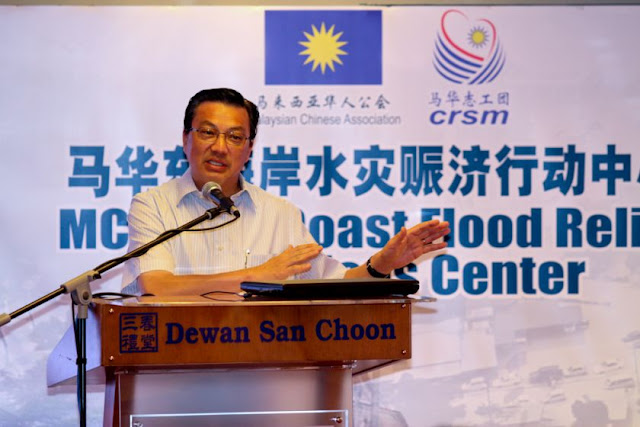 MCA is confident that there will be a change of support among voters in Penang as the people have lost confidence in the DAP for failing to fulfil their promises after taking over the state nine years ago.
MCA president Datuk Seri Liow Tiong Lai said to date many promises have not been implemented and Chief Minister Lim Guan Eng continues to deceive the people and was always trying to divide the people in his attempt to win votes.
“I am confident that changes will take place in the coming general election with the support switching from DAP to MCA and Gerakan...we will work hard to get the support of the people in Penang. I also urge Chinese voters to give MCA the strength because we are in a government that can strengthen the multiracial and inclusive state institutions,” he told reporters after opening the Sekolah Jenis Kebangsaan © Yu Chye Hall, here today.

Liow who is also the Transport Minister said the government had always paid attention to efforts aimed at increasing the harmony among the people and to be on the right track in organising strategies to develop the nation’s future.
For example, he said, the recent launch of the Mass Rapid Transit (MRT) proved that the Barisan Nasional government was able to implement various programmes for the betterment of the country. — Bernama
Share to: