0 Article (English), asia, bersih5.0 3:06:00 PM
A+ A-
Print Email
Dr M praises ‘high turnout’, says it is not about race
2.20pm: Dataran Maybank- Dr Mahathir Mohamad commends the "high turnout" for the Bersih 5 rally.
"There are so many participants but the government is cowardly, likes to prevent demonstrations which is the right of the people, we have it in the constitution," he points out. 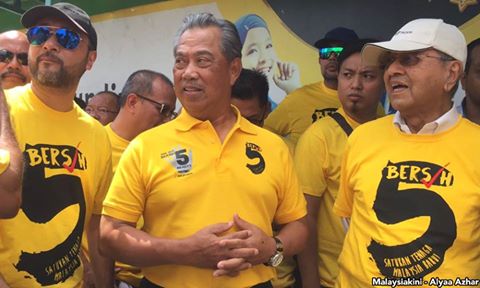 Asked if the rally is Chinese-dominated, Mahathir says there is no question about race.
"Everyone is concerned about the government we have here now," he adds.
On the turnout appearing to be poorer than the last rally, he says: "We keep on doing something [...] the government is using the police to prevent people from having a peaceful rally."
Commenting on the police blockade, Mahathir admits they are doing their duty.
"But we are doing this peacefully. There shouldn't be blockades. This is what we say undermining democracy, it's not Bersih who is undermining democracy," he says. 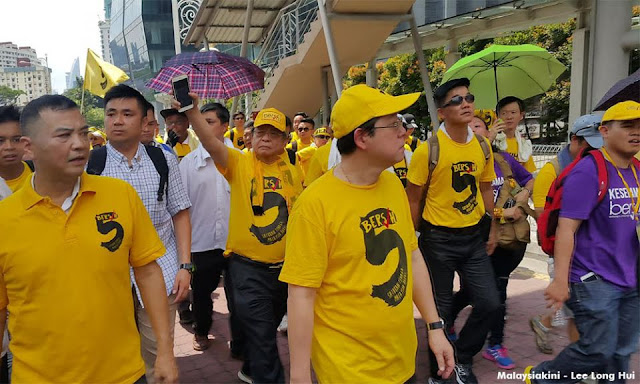 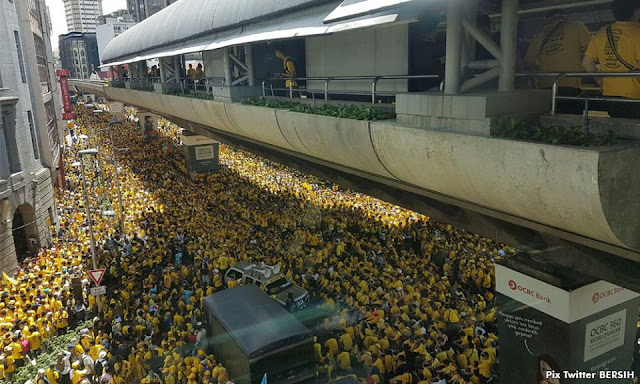