What you need to know about the Pokémon Go craze 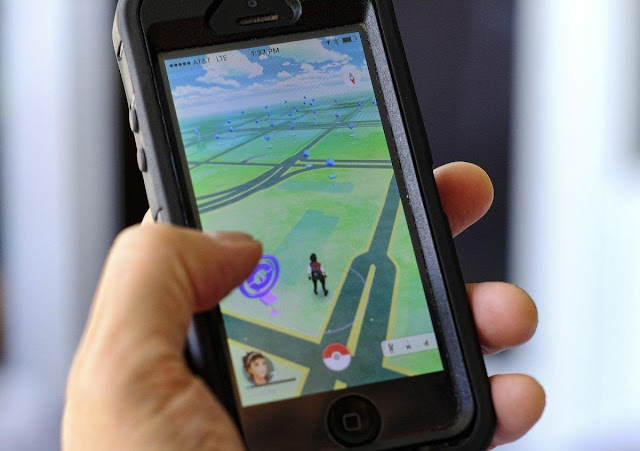 If you see people — adults and kids — meandering around town these days, eyes glued to their phones, chances are very high they are not texting or looking at emails but searching for Pokémon, the cute, cartoon critters that debuted in Japan in 1996 and won the hearts of every fifth-grader since.

On their screens, players of the viral mobile game “Pokémon Go” are seeing these creatures pop into existence alongside real-world physical objects. The mole-like Diglett peeks out of a toilet. A flaming demon Shetland called Ponyta gallops across the National Mall. A ostrich-like Doduo appears on top of the hold button of an office phone.

Capturing these little monsters isn’t just good for players. In just a few days since its July 6 launch, the game has become a national sensation, nearly overtaking Twitter in daily active users. It currently ranks as the most profitable game on Google and Apple’s app stores. On Monday, Nintendo’s stock jumped 25 percent.

With Pokémon Go fever sweeping the city, here is what you need to know about the growing phenomenon:

What exactly is the game?
The company’s first mobile game was released - for free - last week. It can be uploaded to iPhones and Androids and is a wacky mix of virtual reality and actual reality.

What’s the objective?
It’s both simple and addictive. Based on the line of Pokémon games released on Nintendo’s consoles, you must catch as many cute Pokémon creatures as possible. Once you have these cartoonish critters, you train and upgrade them - even feed them candy to make them strong.

How does Pokémon Go use the real world?
The game uses your phone’s GPS tracker to present you with a real-world map that includes locations of imaginary Pokémon and Pokémon gyms in your area.

How do you “catch” them?


You must find them in their real-world location, then trap the creatures on-screen by flicking Poké balls at them. This is not exactly what your mother meant when she said to stop playing video games and go outside to play.