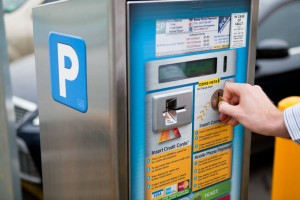 Parking fee for lots owned by the Kuala Lumpur City Hall (DBKL) at several popular business hotspots in the capital has finally been increased by at least 150 per cent effective today.

English-language daily The Star reported that the hourly parking rate has been revised from the previous RM0.80 per hour to RM2 for the first hour, and RM3 for every subsequent hour following an announcement earlier this month.

Kuala Lumpur (KL) Mayor Datuk Seri Mohd Amin Nordin Abdul Aziz told the daily that the move was not aimed at generating profit but the only way to reduce traffic congestion in the city and encourage the habit of carpooling.

“I know I am going to be very unpopular, but it has to be done because traffic in Kuala Lumpur is already bursting at the seams,’’ Amin Nordin was quoted saying.

He said that the move was crucial as about 50,000 new cars are registered in KL every month.


“We hope the new parking charges can lead to at least a million SOV drivers to consider taking public transport or carpool to work," he said, using the acronym referring to single-occupant vehicles.

“If you remove one million cars from the city, you will get that Hari Raya sort of car-free roads like what we enjoyed last week.

“That means everyone gets to go home to their families, earlier, to spend quality time with their loved ones and have some time to do things they enjoy,’’ he added.

The report stated that rates will also be increased in areas outside the city next month, where parking rates are currently RM 0.50 per hour, with motorists having to pay RM1.50 or RM1 per hour.

The Star reported that the initial maximum two-hour parking limit as announced by Federal Territories Minister Datuk Seri Tengku Adnan Tengku Mansor is not applicable as yet.

On July 2, Tengku Adnan announced that the time limit would be effective starting July 16.