Muhyiddin called Malays to rise up against corrupt leaders 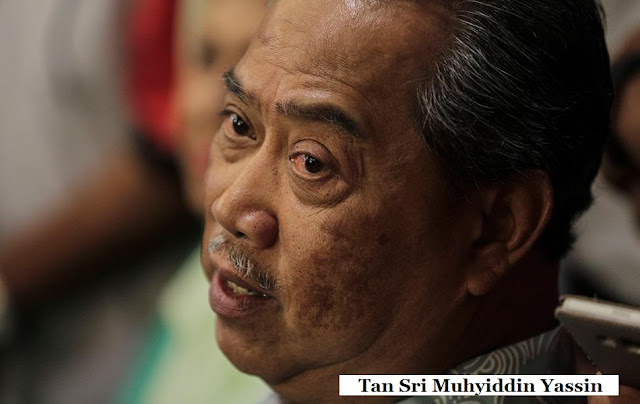 Sacked Umno deputy president Muhyiddin Yassin said he is unfazed by his expulsion and that he will not be silenced.

"If they think my struggle will be buried here, they are wrong.

"I will continue to fight as long as there is life in me. Let them sack me and do whatever they want to break my fighting spirit," said Muhyiddin in a statement today.

"I have never betrayed Umno. I have only opposed Umno leaders who are corrupt and crooked," he added.

All three have been fierce critics of Prime Minister Najib Abdul Razak, who is also Umno president.

Muhyiddin said even though his sacking was not according to party procedure and unconstitutional, he will not be appealing the decision.

"I accept Allah's will. I have done my duty as an Umno leader and will continue my responsibility to religion, race and country like those before me," he said.

Muhyiddin also urged Malays to rise up against corrupt leaders.

"Arise Malays, struggle for moral values and integrity so that we are not belittled by corrupt and greedy leaders," he said.

Bidding Umno farewell, Muhyiddin said he accepted this is Allah's challenge and believe the people can judge between right and wrong.

"Yesterday was the end of my long journey in Umno. I will remember this history as Umno had always been part of my pulse and flesh," he said.

"Alas, I was sacked because what I had spoken on touched on the biggest moral and financial scandal in Umno's history as well as the nation's, involving the prime minister," he added.

Mukhriz and Shafie, he said, paid the price for doing likewise, said Muhyiddin.

He lamented that Umno today is no longer the Umno of the past, as it is controlled by one person bent on saving himself.

However, Muhyiddin said he is not willing to bow to this.

"Those who control Umno can do whatever they want to me. But I am not willing to live on my knees.

"It is not my principle to bow and collude with the evil doings of leaders that wreck our race and nation," he said.

Muhyiddin also apologised to Umno members if he had done any wrong.

"Farewell Umno, I surrender to Allah," he said.