Malaysians Need To Brace The Cold, Temperatures As Low As 16°C In February 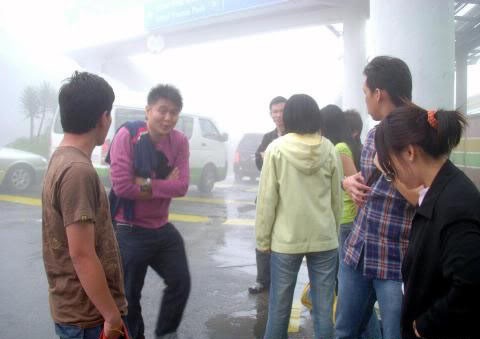 Many parts of the east coast, northern and central regions are experiencing cold weather due to the wind, as predicted by MET Malaysia, with temperatures below 20 degrees Celsius, which is similar to the weather in Cameron Highlands and Genting Highlands.
MET Malaysia director-general Datuk Che Gayah Ismail was quoted as saying that Malaysia had experienced the same phenomenon during the northeast monsoon season earlier as the temperatures dropped across the country.
"Last year, the temperature dropped to as low as 16 degrees Celsius in Kuala Krai, Kelantan. We expect the same this year," the daily reported her as saying.
Datuk Che Gayah said although the El Nino phenomenon is expected to persist across the country till March, a sudden drop in temperature is expected in some of the east coast and northern regions, like Kuantan, Kuala Krai, Perlis, Kedah and Penang, among others.
"More areas in the peninsular will experience lower temperatures if the cold wind is strong and long-lasting," she warned, adding that the accuracy or reliability of the weather forecasts are not guaranteed because they can only predict the weather (more accurately) within one to two weeks time.
However, she had also noted that the El Nino phenomenon leads to more pronounced weather like heavy downpours followed by scorching heat, Bernama reports on 29 January.
She said the weather in the month of December is usually more humid but monsoon activities bringing cold surges from China and Siberia have lessened, resulting in reduced rainfall in the country.
“The condition results in a drop in rainfall of between 20 and 60 per cent for most areas in the country rendering the weather hot and dry with temperatures rising by 0.5 to 2.0 degree Celsius,” she said.