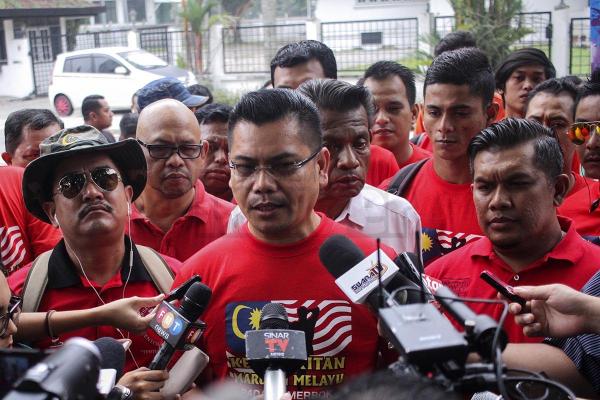 This was in stark contrast to police’s quick action against opposition and civil society leaders, even for “non-existing” offences, said Lim. “Why are police treating Sungai Besar Umno chief Datuk Jamal Md Yunos, who is continuing to undermine racial peace and social harmony, with kid gloves when they are Twitter-quick to deal with opposition and NGO personalities even for non-existing offences?” the Gelang Patah MP asked today. “This is why Malaysians wonder about the police’s double standards in a clear-cut case of undermining racial peace and social harmony, and damaging Malaysia’s national and international image as a safe destination for foreign investors and tourists.” Claiming double standards, he said police would act immediately if the target was any opposition leader or civil society personality. “Home Minister Datuk Seri Ahmad Zahid Hamidi would have roared into action. Why is Zahid as tame as a mouse in this case of blatant and repeated threats to racial peace and social harmony, causing traders in Petaling Street to decide whether to close shop tomorrow? “Police would have come down hard and fast on opposition leaders or NGO personalities immediately on Wednesday morning itself within minutes after Jamal’s press conference outside a police station, but there has been no action, only empty talk by the police up to now,” the DAP parliamentary leader said. The veteran politician was referring to Jamal’s press conference on Wednesday, in which he threatened to bring protesters to Petaling Street in Kuala Lumpur if the authorities failed to act against traders there for selling fake goods. Jamal had said failure of the Ministry of Domestic Trade, Cooperatives and Consumerism to act would see protesters descend on the area, where businesses were largely Chinese owned. “If (the ministry) does not act by Friday, if any chaos happens there, I will not be responsible. Those who go there will be as many as 5,000 people.” Deputy Inspector-General of Police Datuk Seri Noor Rashid Ibrahim yesterday said police would act against anyone who intended to disrupt public order in Petaling Street tomorrow. – September 25, 2015. The Malaysia Insider