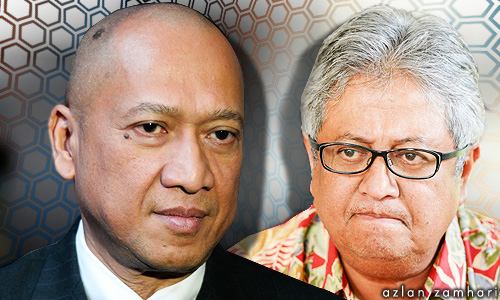 Former law minister Zaid Ibrahim has come to the defence of Dr Mahathir Mohamad and suggested a debate on TV3.

According to him, Prime Minister Najib Abdul Razak's six years in office has caused more damage than Mahathir's 22 years at the helm.

Zaid was responding to Culture and Tourism Minister Nazri Abdul Aziz, who said Mahathir had a dismal track record as prime minister.

"Nazri must stop bashing and ridiculing Mahathir. Najib's six years has shamed the country more than whatever mistakes made by Mahathir," he tweeted.

Zaid also suggested that a debate be held on TV3 on this issue.

"Nazri can rope in (Abdul) Rahman Dahlan for support," he added in reference to the BN strategic communication director.

Nazri had criticised Mahathir for claiming that democracy is dead under Najib and for agreeing that a street protest could be the last resort to oust the prime minister.

"I think Mahathir has forgotten. He believes things were fine and good when he was prime minister... It was during his time that our legal system was ravaged.

"His record is terrible and he wants to say there is no democracy now," he said.