US$650mil of ‘donation’ sent back to Singapore 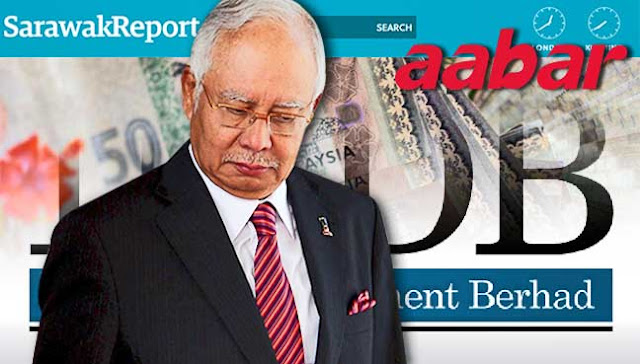 KUALA LUMPUR: Most of a US$700 million “donation” deposited in AmBank private accounts in the name of Najib Razak were transferred back a few months later to the bank account in Singapore from which the money had come, according to Sarawak Report.
The controversial UK-based website said its sources had said that the AmBank private account received two other substantial deposits in 2013, one from Saudi Arabia and one from Dubai, and that the account held more than US$1 billion at the time.
The US$700 million deposit in March 2013 was first revealed last month by Sarawak Report and the Wall Street Journal, and opposition politicians had implied that the money was a slush fund for the Barisan Nasional in the general election held in May 2013.
The prime minister, Najib Razak, has said the money was a donation, and the anti-corruption agency MACC later said its investigation had confirmed that the money had come from “Middle Eastern sources”.
Sarawak Report said the transfer of US$650 million was made on August 30, 2013 and the money sent to an account in the name of Tanore Finance Corporation (BVI) at Falcon Private Bank in Singapore. The Najib Razak AmBank private banking account was closed the same day.
Sarawak Report said Falcon Private Bank was a Swiss based bank owned by the Abu Dhabi company Aabar Investments, one of several partners of the controversial Malaysian government’s investment arm 1Malaysia Development Bhd which is being investigated for dubious financial transactions and investments.
Sarawak Report said just days before the transfer, Aabar had signed an RM18 billion “strategic partnership” with 1MDB.
Aabar is a subsidiary of International Petroleum Investment Company, owned by the Abu Dhabi government.
Sarawak Report said two accounts believed to be at Falcon had been frozen by Singapore’s monetary authorities making investigations into the affairs of 1MDB. Half a dozen unspecified bank accounts in KL were also frozen on related matters, the report said.
http://www.freemalaysiatoday.com/