Umno’s elections postponed to avoid Najib from being dropped 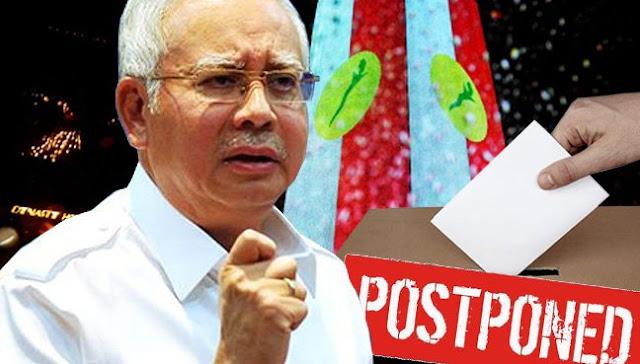 Umno’s elections had to be postponed for 18 months to avoid Umno president Datuk Seri Najib Razak from being dropped, said Umno supreme council member Datuk Abdul Aziz Kaprawi.
He confirmed the matter to The Rakyat Post when asked to comment on rumours of a vote of no confidence against Najib at the party’s general assembly that was scheduled to be held at the year end.
Abdul Aziz also explained that a vote of no confidence could not be done without concrete purpose as it was against Umno’s own constitution.
“The party’s constitution does not allow it, otherwise it would have been done before.
“Like during Tun (Dr) Mahathir’s time, some said to replace him it needed to be done through elections and that time Tengku Razaleigh contested him but lost.
“If there needs to be a change, it is through elections, that’s why we decided to postpone the elections. To avoid such a thing (dropping Najib) from happening,” said the Deputy Transport Minister.
Previously, Abdul Aziz was among those who strongly criticised former Deputy Prime Minister Tan Sri Muhyiddin Yassin after he was dropped from the Cabinet.
He also urged Muyiddin to resign from his post as Umno deputy president after finding that the Pagoh Member of Parliament (MP) was not in line with the party’s president thinking.
The Seri Gading MP then suggested that disciplinary action be taken against Muhyiddin following his leaked conversation on the RM2.6 billion political donation and 1Malaysia Development Berhad (1MDB).