Those responsible for wrongdoings in 1MDB must be brought to justice, says Muhyiddin 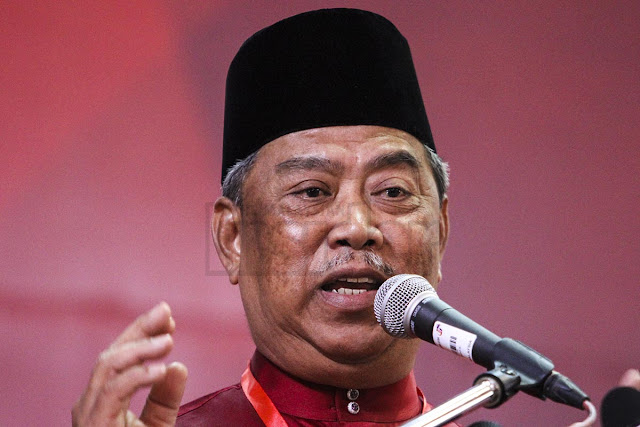 Although the task force has been disbanded,  the Umno deputy president said if any of the agencies find any wrongdoing and if the allegations made against 1MDB are proven true, then the people responsible “must be brought to justice”.
Muhyiddin said so far only people who had questioned the 1MDB scandal had been acted on – a reference to his and Umno vice president Datuk Seri Shafie Apdal's sacking from the Cabinet.
Speaking at the opening of Shafie's Umno Semporna division delegates meeting today, Muhyiddin said the continuation of the investigation and putting a closure on the 1MDB scandal would help return the public's confidence into the institutions of the police, the Attorney-General's Chambers, MACC and Bank Negara. Muhyiddin also cast doubt on 1MDB president and group executive director Arul Kanda Kandasamy's statement yesterday that the firm could pay off some debts in six months. “I pray that the problem will be solved in six months. “But I also remembered he did say earlier that it would be solved in 2016.” 1MDB, whose advisory board is chaired by prime minister Datuk Seri Najib Razak, and which has debts amounting RM42 billion, is under investigation for graft and financial mismanagement. Muhyiddin said he does not condone leaders who had done something wrong. He said he continues to ask questions on 1MDB even though he had been advised by concerned friends to keep quiet because the issue is not petty. “It's a big issue which affects us all.” He said the 1MDB issue had affected political stability and the economy which he believed will suffer in the years to come. – August 15, 2015.
Source from: www.malaysiainsider.com