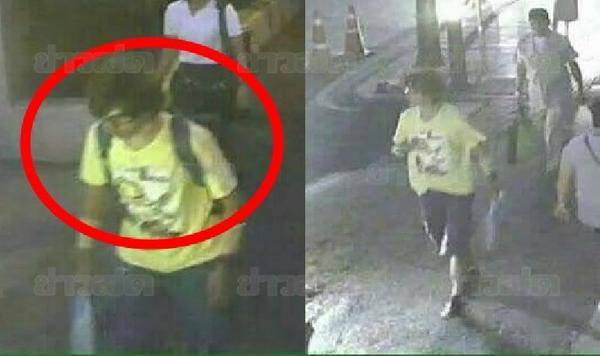 The man was filmed on CCTV near the Erewan shrine. He was first wearing a backpack, and later appeared without it. Thai police are now hunting for him.
BANGKOK - Thailand's junta chief on Tuesday said authorities are hunting a male "suspect" seen on CCTV footage near the scene of a bombing that claimed at least 21 lives in Bangkok and wounded scores more.

"Today there is a suspect who appeared on CCTV but it's not clear... we are looking for this guy," Prime Minister Prayut Chan-O-Cha said, adding he was believed to be from an "anti-government group based in Thailand's northeast" - the heartland of the anti-coup Red Shirt movement. 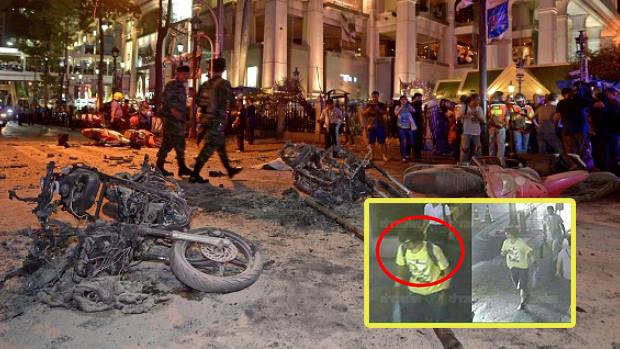 Since 2006 Bangkok has witnessed repeated rounds of deadly political violence, flanked by two coups. Until Monday though, foreigners had rarely been caught up in the bloodshed.
The most recent coup in 2014 toppled the elected government of Yingluck Shinawatra after months of disruptive street protests.
Thailand is also fighting a decade-long insurgency in its southernmost Muslim-majority provinces that border Malaysia, which has seen more than 6,400 people killed, mostly civilians.
Prayut's comments suggest the investigation is shifting towards anti-government groups loyal to the ousted Shinawatra family, rather than the southern Muslim militants
The Red Shirts are a grassroots network of the rural and urban poor, particularly from the country's northeast, that support Yingluck and her ousted prime minister brother Thaksin Shinawatra.
Authorities have blamed them for a string of small explosions in Bangkok earlier this year, a charge their leadership has strongly denied.


They were also initially blamed by authorities for a car bomb on the resort island of Koh Samui earlier this year, but police were later forced to backtrack and subsequently blamed insurgents for that attack.
While hardcore Red Shirts have been known to launch attacks on security forces or government buildings, they have never before carried out a mass casualty bombing.
Thailand's Islamist insurgents are also not know to target foreigners and have also largely kept their violent attacks to the three Muslim-majority provinces in the country's south.
Share to: