No word on RM2.6b donation – has MCA lost its soul? 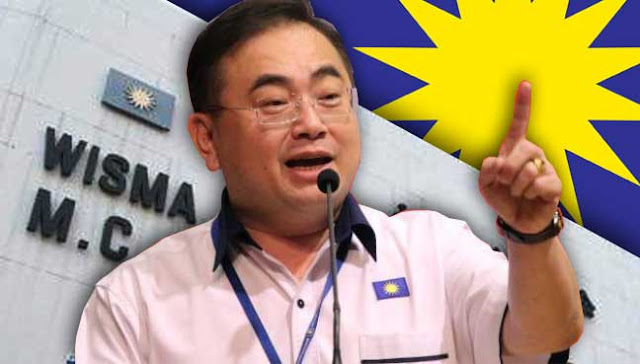 By Liew Chin Tong
Today’s media reported a highly charged public spat between MCA Deputy President Wee Ka Siong and MCA Kluang Division Chairman Gan Ping Sieu in which Gan accused the MCA central leadership of deafening silence in the face of the RM2.6 billion scandal involving Prime Minister Najib Razak.
Wee’s lame response was that Gan was not a member of the Cabinet hence he would not know what was said among the ministers there.
The deafening silence of Wee and other MCA federal ministers pales in comparison even to that of Umno Johor leaders, not to mention leaders of the DAP and other opposition parties.
At least the Menteri Besar of Johor Khaled Nordin called for transparency in the investigation of the RM2.6 billion donation scandal and raised concerns about the fallout of the Goods and Services Tax (GST). He also did this publicly, in the presence of Najib.

Other Umno Johor leaders have also spoken up strongly against Najib who is clinging on to his position just by brute power of incumbency while it is becoming increasingly clear that the public is never going to trust him again.
After Najib admitted to having accepted the RM2.6 billion into his private accounts, his days seemed numbered. The only reason why he is still Malaysia’s PM is because the pressure on him to resign is not strong enough as yet.
Najib can be forced to resign via the following ways:
First, the Umno Supreme Council or key leaders from Umno give him the ultimatum for a graceful exit. This route is increasingly unlikely as Najib has sacked those who opposed him from inside and placed a sufficient number of loyalists to defend him from within the inner circle.
Second, all 46 non-Umno Barisan Nasional MPs join the opposition MPs to support a no-confidence vote against Najib. Barisan Nasional has 134 federal MPs of whom 88 are from Umno.
Third, if 20 Umno MPs and 20 non-Umno Barisan Nasional MPs join around 75 opposition MPs from DAP, PKR and Gerakan Harapan Baru (GHB) to back a no-confidence vote against Najib. No one is sure about whether the 10 MPs aligned to Hadi Awang would give Najib a lifeline or not hence they are not counted.
Fourth, the anti-Najib faction in Umno senses that the three above scenarios are not going to happen soon hence the move to realign the powers in the states of Johor, Terengganu, Kedah and Sabah to isolate Najib and build momentum for his eventual demise. Johor is particularly ripe for change as the ground is extremely frustrated with Najib.
Fifth, when all the above fails, the last resort to remove Najib would be a people’s power movement.
The deafening silence of Wee Ka Siong and the MCA central leadership on the ongoing crisis is proof of MCA’s irrelevance in national politics. That MCA leaders can be even less visible than Umno Johor leaders in demanding Najib be held accountable for his multiple scandals just shows that MCA has lost its soul forever.
Liew Chin Tong is MP for Kluang; DAP Political Education Director; and spokesperson for transport and public works.
With a firm belief in freedom of expression and without prejudice, FMT tries its best to share reliable content from third parties. Such articles are strictly the writer’s personal opinion. FMT does not necessarily endorse the views or opinions given by any third party content provider.