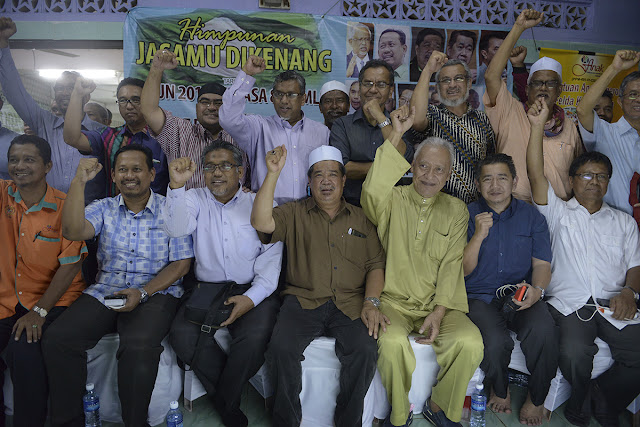 The core leaders of the PAS splinter group New Hope Movement, who are expected to be part of new political party Amanah to be launched end of this month. – The Malaysian Insider file pic, August 17, 2015.Parti Amanah Rakyat, or Amanah, is expected to be the official name of the highly anticipated new Islamist party formed by a PAS splinter group and members of Muslim non-governmental organisations.

Amanah, which means “trust” in Bahasa Malaysia, is scheduled to be launched on Merdeka Day on August 31, said a source, when the party's logo would also be unveiled.

The official colour of the party is expected to be orange.

The name and logo will be submitted to the Registrar of Societies (RoS) before the launching.
The decision on the party’s name, logo and colour were finalised at a meeting today in Shah Alam, attended by leaders of the New Hope Movement (GHB), who are some of PAS’s most prominent parliamentarians and politicians.

GHB is the precursor to the new party.

In a recent interview with The Malaysian Insider, former PAS secretary-general Datuk Mustafa Ali said members and leaders of PAS who join another political party will have their membership nullified.

Besides PAS members from all over the country, the source said Amanah will be made up of leaders from some of the country’s largest Muslim organisations such as the Muslim Youth Movement of Malaysia (Abim), Ikram and Haluan.

It is learnt that close to 70% of PAS members from Johor, Malacca and Negri Sembilan will join Amanah when it is established.

The party is expected to have a ready line-up of leaders at the state level as well as in every parliamentary constituency.

It will also team up with DAP and PKR to form a new opposition coalition after Pakatan Rakyat was disbanded following the fallout between PAS and DAP in June.

PAS is expected to go it alone but will maintain its relationship with PKR so as to avoid three-cornered fights with the new coalition in the 14th general election. – August 17, 2015.