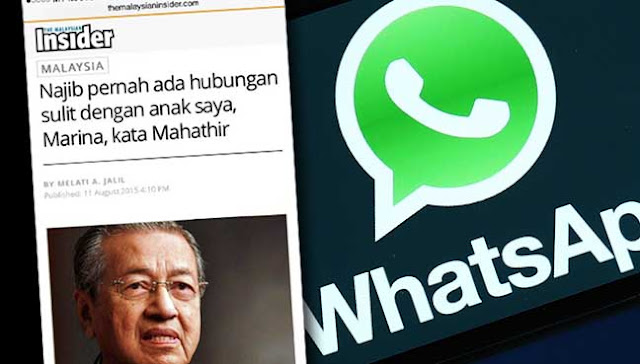 PETALING JAYA: A news report made to look like that from The Malaysian Insider has been officially declared by the news portal as fake.
Currently making its rounds via WhatsApp, the headline screams, “Najib pernah ada hubungan sulit dengan anak saya, Marina, kata Mahathir” (Najib had an affair with my daughter, Marina, says Mahathir).
Responding to the fabricated news, The Malaysian Insider has officially stated that no staff of theirs had even written such an article and the website had never published it either.