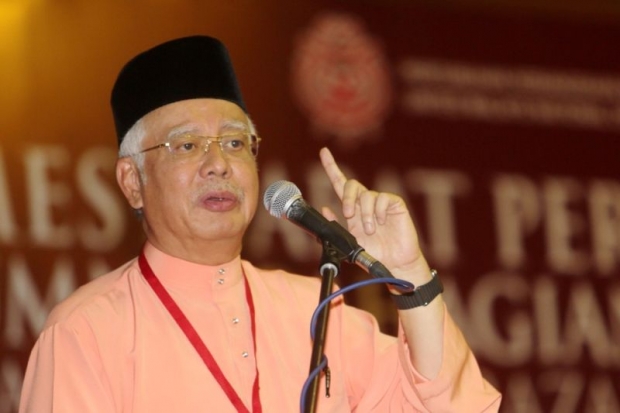 On Saturday, Datuk Seri Najib Razak said he had been cleared of corruption claims linked to a RM2.6 billion deposit in his personal accounts. ― File picKOTA KINABALU, Aug 11 ― A Sabah Umno leader has come out to defend Datuk Seri Najib Razak in the row over a RM2.6 billion donation, saying his party president had proven himself to be “honest and transparent” when he explained last weekend that the funds were meant for the party.

Sabah Umno deputy chief Datuk Seri Salleh Said Keruak said Najib’s explanation, coupled with the Malaysian Anti-Corruption Commission’s (MACC) statement last week on the same issue, provided clear proof that the prime minister had nothing to hide.
“This shows he has been transparent, honest and is not hiding anything,” Salleh told Malay Mail Online in an email interview.
The Umno leader, who was just over a week ago picked by Najib to be the new federal communications and multimedia minister, said, however, that it was imperative that the prime minister’s explanation be repeatedly drummed into the minds of party members.
“To me, it is important now to have continuous clarification to the party members, right down to the grassroots to prevent any confusion or misunderstanding,” he said.


He said critics who have made baseless accusations that the RM2.6 billion had been fraudulently deposited into Najib’s accounts were merely voicing their personal opinions.
On Saturday, Najib said he had been cleared of corruption claims linked to a RM2.6 billion deposit in his personal accounts and that he received it on behalf of his party and not for personal interests.
He pointed out that the MACC had verified that the money was not linked to the Ministry of Finance-owned 1Malaysia Development Berhad but from donors in the Middle East.
Najib also said he was prepared to present the Umno accounts to the general public provided the opposition parties also did the same.
Najib's supporters in the party have been defending their leader, saying that such political donations are commonplace, and that the party president was allowed to hold such funds as the party’s trustee.
Yesterday, however, former prime minister Tun Dr Mahathir Mohamad rubbished Najib’s explanation on the donation and claimed that the public did not buy it.
The issue of Najib's bank accounts arose after a Wall Street Journal article on July 2 reported that RM2.6 billion was traced to his private accounts, based on Malaysian investigators.