I never questioned my boss about political funds when I was his deputy, says Najib 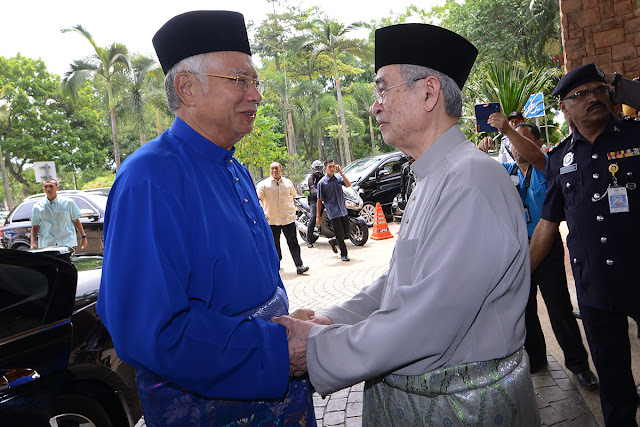 He said that during his tenure as former Prime Minister Tun Abdullah Ahmad Badawi’s deputy, he had never questioned about the party funds.
“I’ve never questioned anything and I left it all to him as I knew he was the one in charge.
“I never asked where the funds were sourced from as I knew it was his right as a party president and I never intruded in his business.”
The Prime Minister also said that the approach of keeping the source of funds a private affair had always been the approach and tradition in Umno for the longest time.
He also stressed that when he was Umno deputy President, he himself had never questioned the information about and position of funds within the party.
“The only thing I and the rest of Umno leaders were interested to know was whether the political funds were indeed there and whether we were given the monies to enable us to work for the people.
“I am confident that during Pak Lah’s tenure as the deputy to Tun Dr Mahathir Mohamad, he too had never questioned the source of political funds in the party as he knew it was at the President’s discretion and he respected that,” he said, when opening the Kepala Umno division  meeting here, today.
Also present during the event were former premier Tun Abdullah Ahmad Badawi and  Kepala Batas Umno division chief, Datuk Seri Reezal Merican Naina Merican.
Source:http://www.therakyatpost.com/