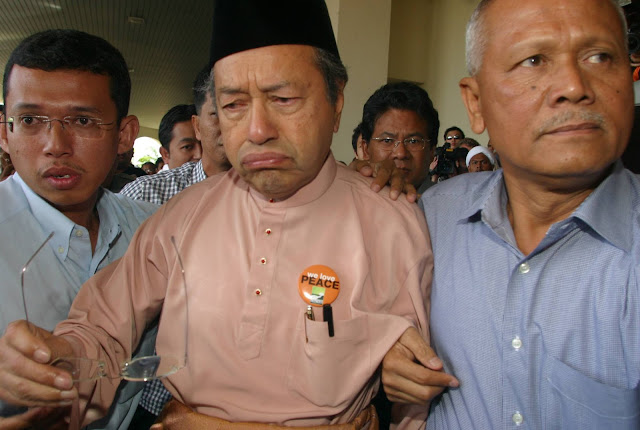 The communications and multimedia minister said ‎Arab countries helped finance the project in 1983, which cost RM1 billion that time.


‎"To finance what can be regarded as a huge project back in 1983, Dr Mahathir sought the financial support of countries in the Middle East and eight countries from the then Organisation of the Islamic Conference, which agreed to sponsor the setting up of the university.

"To say, therefore, that Dr Mahathir during his time never sought and received help from the Arabs is not true.

"In fact, Dr Mahathir not only sought and received help from the Arab countries, but he did so from a number of them," wrote Salleh in a blog post today.

On Monday, Dr Mahathir said that Prime Minister Datuk Seri Najib Razak's claim that the US$700 million (RM2.67 billion) deposited into his accounts was a donation from the Middle East is "bullshit".

He said Arabs were "not that generous" and he failed to raise a single dollar from them to build either the International Islamic University or the Oxford Islamic Centre.

He said Najib had only come up with the excuse because he was unable to deny The Wall Street Journal's (WSJ) report that funds from companies linked to 1Malaysia Development Bhd (1MDB) were deposited into his personal accounts.

After WSJ first reported its allegations last month, Najib initially denied taking funds from 1MDB for personal gain, but did not directly address the fund transfers.

The Malaysian Anti-Corruption Commission (MACC) then last week confirmed the fund transfers, saying they were political donations from a Middle Eastern donor.

Najib immediately went into damage control, spending the past few days explaining to Umno members that the funds were solely for the party's interests.

Najib's supporters in the party have been speaking up, blogging and going on television to explain that there was nothing wrong with receiving political donations, and that the party president was allowed to hold such funds in trust on behalf of Umno.