DPM: I will never eat pork to get votes from Chinese 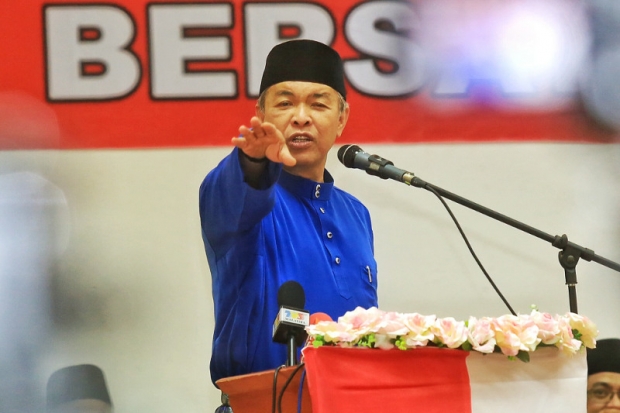 In his opening address at the Tampin Umno division meeting here, the Deputy Prime Minister said that he is well-versed with the Chinese culture, especially Chinese opera as he took up four minor subjects in Chinese which included writing and Chinese literature.
“I believe in cross-culture. Though we are Malays, we must respect the Indians and the Chinese cultures.
“I only don’t eat pork to get votes from the Chinese… that I will never do,” Ahmad Zahid said.
The Home Minister said that though he has always defended the Malay community, he has also not deprived fair opportunities to other races.
“Yes I defend the Malays, but I never deprive opportunities of other races.
“Since Umno’s formation… we never deprived others races. Why? Because Umno is led by credible and rational leaders,” Ahmad Zahid said to cheers from the crowd.