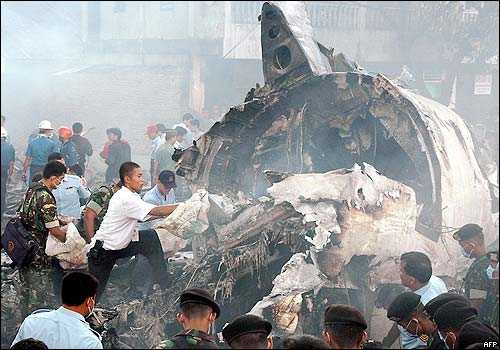 JAKARTA: A Trigana Air plane that went missing with 54 people on board on Sunday crashed in Indonesia's eastern Papua region, a transport ministry official said.
Earlier, media cited Trigana Operations Director Beni Sumaryanto as saying there had been reports of a crash from a village in the forested and mountainous district of Oksibil, adding that search teams would check that area in the morning.

JAYAPURA: Villagers in eastern Indonesia’s Papua say that a plane which went missing in the province Sunday with 54 people aboard has crashed, an official said Sunday.
“The plane has been found (by villagers). According to residents, the flight had crashed into a mountain. Verification is still in process,” said the transport ministry’s director‎-general of air transportation, Suprasetyo, who goes by one name.
The Trigana Air plane disappeared earlier Sunday during a short flight from Papua’s capital Jayapura to a remote settlement in the mountains to the south.
The ATR 42-300 turboprop was carrying 49 passengers, including five children, and five crew.
– AFP

RIP to all the passengers and crew