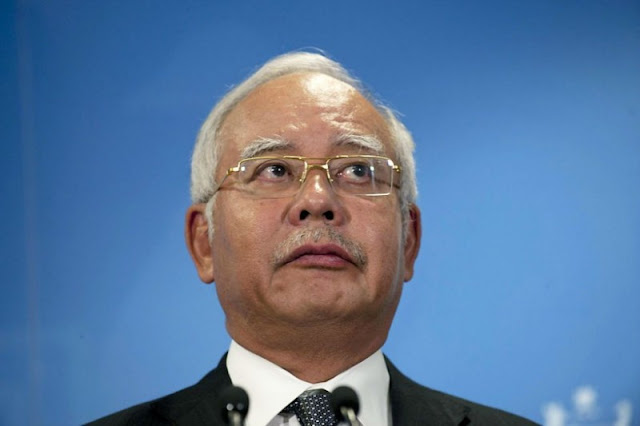 上个星期，纳吉在吉隆坡敦拉萨镇区部代表大会上也公开指责那些拿了他的钱和好处的党员不懂得知恩图报，在他面对贪污腐败滥权指责和攻击，陷入四面楚歌境地时，竟然没有站出来声援他。纳吉责骂这些党员忘恩负义，不但没有忠贞地站出来捍卫他，反而还火上加油。
纳吉当时还强词夺理的说，他所收取的【政治献金】都是为党为民，不是据为己有。不过，从党员的表情和身体语言看来，没人相信纳吉的鬼话，纳吉是不是贪污腐败的党主席，巫统党员心中早以有数。
因此看来纳吉的所作所为，已经将自己推向无法回头的不归路了。
文字翻译：张丹枫
Shahbudin: Umno has begun rejecting Najib
Joe Fernandez
| August 10, 2015
KUALA LUMPUR: A political analyst has taken to his blog to point out in his latest posting that Prime Minister Najib Abdul Razak’s current two approaches viz. “buruk siku” (demanding back something given) and “hidung tak mancung, pipi tersorong-sorong” (Your nose is flat, to make it appear pointed, you push forward your cheeks) shows that he’s increasingly desperate to defend himself by any means possible and available although there are increasing signs that he’s no longer wanted by Umno members.

In daily life, said Shahbudin Husin, the “buruk siku” and “hidung tak mancung, pipi tersorong-sorong” types, combined with their tendency to blame others for their own mistakes, are the ones that end up being the most hated.
“Najib will find himself increasingly isolated from Umno members and the people as a result of these two tendencies and blaming others for his own mistakes.”
“A visit to his Facebook itself will show the extent of opposition against Najib.”
Najib, added the analyst, still doesn’t understand, being too thick-skinned. “He isn’t winning any votes in the social media and among the people.”
If the Wall Street Journal had not exposed on Friday 3 July that he had received monies totaling nearly USD700 million (RM2.6 billion) in his personal banking accounts, the analyst wonders whether Najib would have claimed that the monies were political donation.
The analyst noted that Najib has activities every week this year to catch up with the divisions. “It seems like that he’s in a race with Umno Deputy President Muhyiddin Yassin who was sacked late last month as Deputy Prime Minister,” said Shahbudin. “If he’s not invited by a division, he asks to be invited.
“Generally, the party President is too busy to accept invitations from the divisions to attend their annual general meetings. But this year, for the first time in the history of Umno, he’s inviting himself when not invited.”
The latest was Najib turning up uninvited at the Umno Pasir Gudang annual general meeting, said Shahbudin, and reminding the gathering of the monies that he had purportedly given them for political activities. “Why raise monies which had been given?” How much did he actually give the divisions compared with the RM2.6 billion in his personal account?”
“Weren’t such funds to be used for party activities and not to be used as an excuse to defend something that was not proper or wrong, even once, on the part of the Umno President?”
If Umno Pasir Gudang was happy to see Najib, asked Shahbudin, why should the divisional chief and Menteri Besar Khaled Nordin tell the delegates that Najib invited himself to the annual general meeting and that in fact his presence was not wanted? “When Najib asked them whether they wanted the BR1M cash payouts, touting its cash is king benefits, they said no. It was really shameful!”
“Najib turning up in Pasir Gudang, after sacking Muhyiddin, was in the hope that his sins would be forgiven by the delegates. But it was not so.”
If Najib was all about “hidung tak mancung, pipi tersorong-sorong” in Pasir Gudang, at the Umno Bandar Tun Razak divisional annual general meeting, he showed his “buruk siku” side, said the analyst, to the delegates who had received monies from him. “He faulted them for not defending him when he was under attack after having taken monies from him. He accused them of in fact adding fuel to the fire.”
The analyst quoted Najib as saying: “As party President, what I do, whether collecting donations or other things, is for the party and nothing else.”
“I have in my time helped many divisions, carried out welfare activities, many went for the haj, and many divisions received contributions from me every month.”
Last week, said the analyst, Najib was at the Seremban, Kota Melaka and Hulu Selangor divisions for their annual general meetings and also visited his Pekan parliamentary seat for an Aidil Fitri function. “Normally, in previous years, other Umno leaders would officiate at the divisional annual general meetings.”