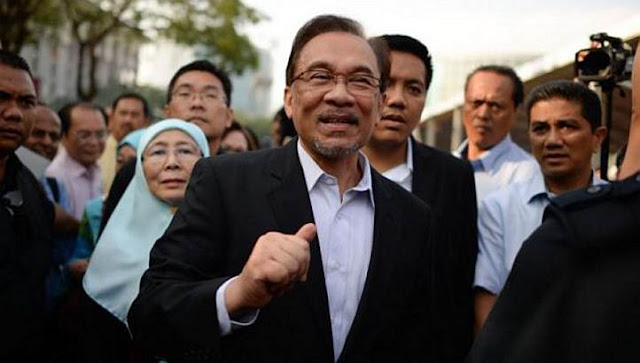 A piece by April Lin – Writer at Greater Malaysia
Anwar Ibrahim, who is currently in prison for sodomy charges has also done his bit for Malaysia. Although he is currently in the Sg. Buloh prison, the things he once did for Malaysia still lingers in our mind.
P.S. The reason why we’re writing this series is because the way comments are being written in social media currently is almost entirely based on sentiment instead of facts. Just to put things in perspective, our current prime minister, Datuk Seri Najib Tun Razak also has his misgivings such as 1MDB and the RM2.6 billion donation (DPM Zahid promised to explain soon) from the middle east that has yet to be explain. However, under his reign, our country has still managed to grow, to some extent (Source: PEMANDU reports).

Source | Kiwis Connect
While he was acting Prime Minister in 1997, he introduced Anti-Corruption Legislation which made it possible to hold public officials accountable for corrupt practices even after their departure from public service.

His emphasized on social justice, poverty eradication, education and civil society has guided his career in the government to the present.

There is no question of any bailout. The banks will be allowed to protect themselves and the government will not interfere.


This was in direct conflict with Tun Dr. Mahathir’s capitalist policies, but Anwar supported a free-market approach to the crisis, which encouraged foreign investment and trade liberalisation for the country.

3. Thanks To Anwar, Malaysia Survived The Asian Financial Crises of 1997

Source: The Malaysian Insider
In 1991, Anwar became the Finance Minister  and his impact was immediate ad Malaysia enjoyed unprecedented prosperity and economic growth.

It was also during his tenure that Asian Financial Crises of 1997 struck, Anwar was credited for guiding Malaysia through the period of instability.

He backed free market principles and highlighted the issue of the proximity of business and politics in Malaysia. He advocated greater accountability, refused to offer government bail-outs and instituted widespread spending cuts. As a deputy prime minister and finance minister.

4. Anwar Reformed The Education System And Gave Us Bahasa Baku

Source | Malaysian Students
In 1986, he was made Minister of Education and he made the education system more sophisticated and systematically advanced. During that period, he wanted to make sure that all citizens will be able to receive and enjoy a proper education for the benefit of everyone.
When Anwar changed “Bahasa Malaysia” to “Bahasa Melayu”, he also introduced the “Bahasa Baku” way of speaking in an attempt to “individualize” the Malay language.

Source | Imgur
Thanks to Anwar who lead the Pakatan Rakyat (PR) coalition before he was charged for sodomy, Malaysians now have other serious alternatives to Barisan National, when before there were no real contenders.