Is Obama welcome to Malaysia?

He was welcomed on arrival by the Yang di-Pertuan Agung Tuanku Abdul Halim Mu'adzam Shah and Prime Minister Datuk Seri Najib Razak.
United States President Barack Obama has arrived at the compounds of the Parliament building in Kuala Lumpur, as he embarked on what has been described as a historic visit to Malaysia.
His presidential limousine had earlier left the Subang airport where Air Force One landed at about 4.50pm, after a six-hour flight from South Korea. 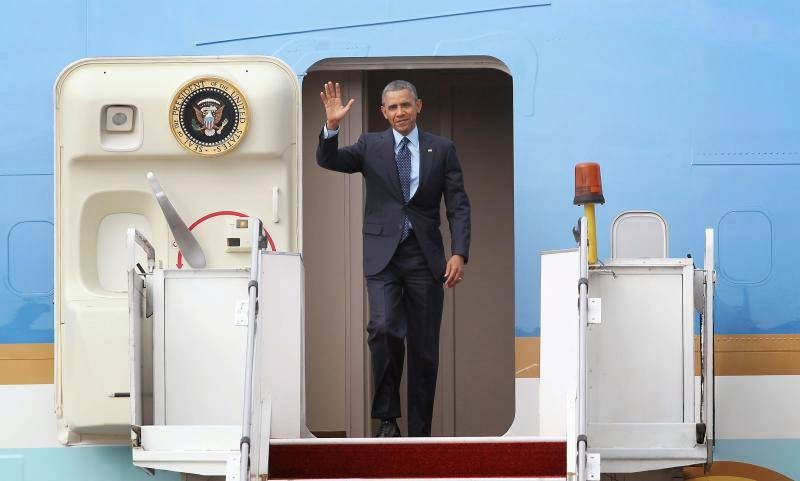 The three-day visit to Malaysia - part of Obama's four-nation tour of Asia - is a first by a sitting US president in 48 years since President Lyndon B. Johnson's trip back in 1966.
Obama is expected to have talks with Najib as the country grapples with the disappearance of a Malaysia Airlines plane, the search for which is aided by a US Navy submersible drone.
At the Subang airport, the US president emerged from the Boeing 747-200B - the president's highly-customised office in the sky which also happens to be the world's most recognisable plane - to a warm welcome by senior Malaysian government officials, Bernama reported. 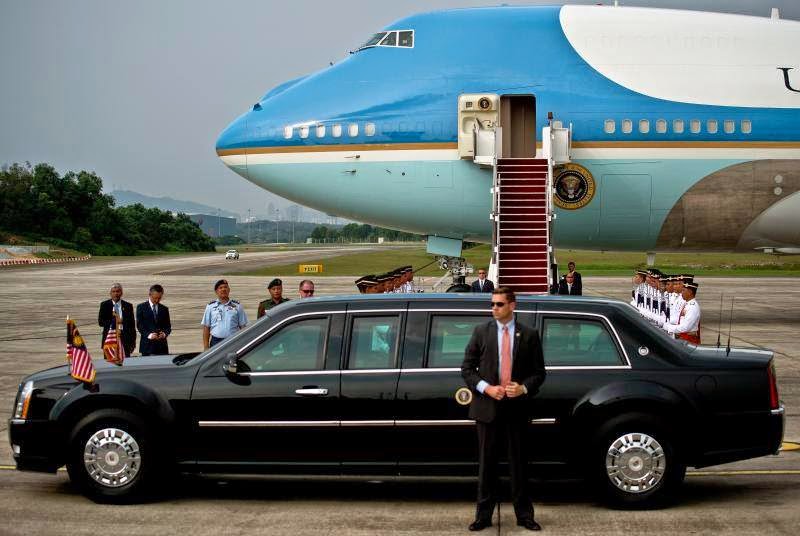 On hand to greet him "Selamat Datang" were Foreign Minister Datuk Seri Anifah Aman, Youth and Sports Minister Khairy Jamaluddin, Malaysian Ambassador to the US, Datuk Dr Awang Adek Hussin and Special Envoy to the US Datuk Seri Dr Jamaluddin Jarjis.
Prior to Malaysia, the 44th American president who came to power in 2009 and was re-elected to a second term in 2012, had visited Japan and South Korea. After Malaysia, he is headed for the Philippines.
According to Bernama, security at the airbase located in the suburbs of the Malaysian capital Kuala Lumpur was tight with the deployment of hundreds of security personnel.
Anifah yesterday said the presidential visit would herald the elevation of Malaysia-US bilateral relations to a "Comprehensive Partnership". 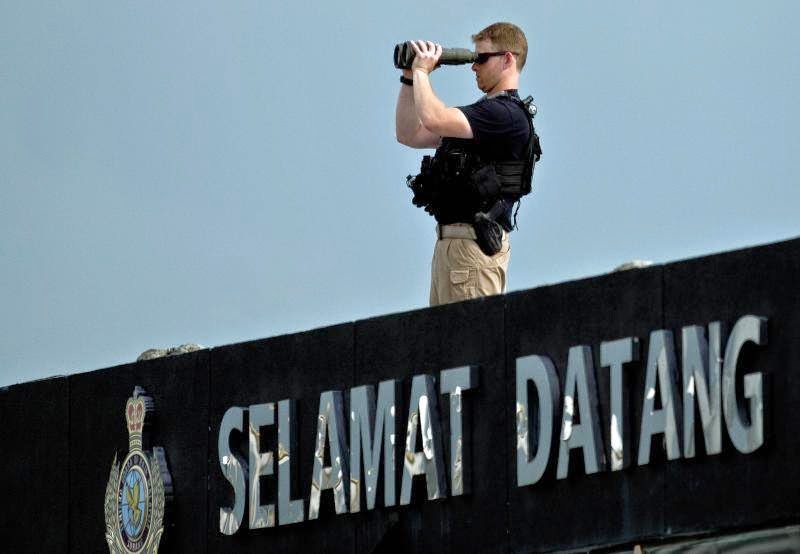 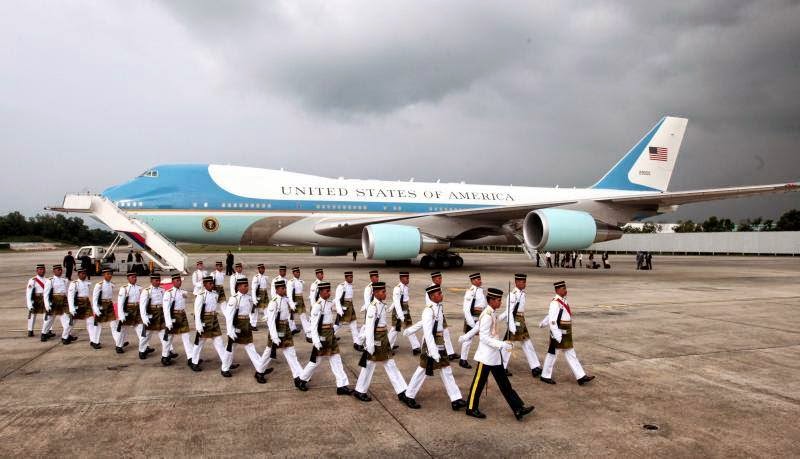 He noted that the good rapport between Obama and Najib would ensure that discussions on economy, security and people-to-people relations were open, constructive and productive. 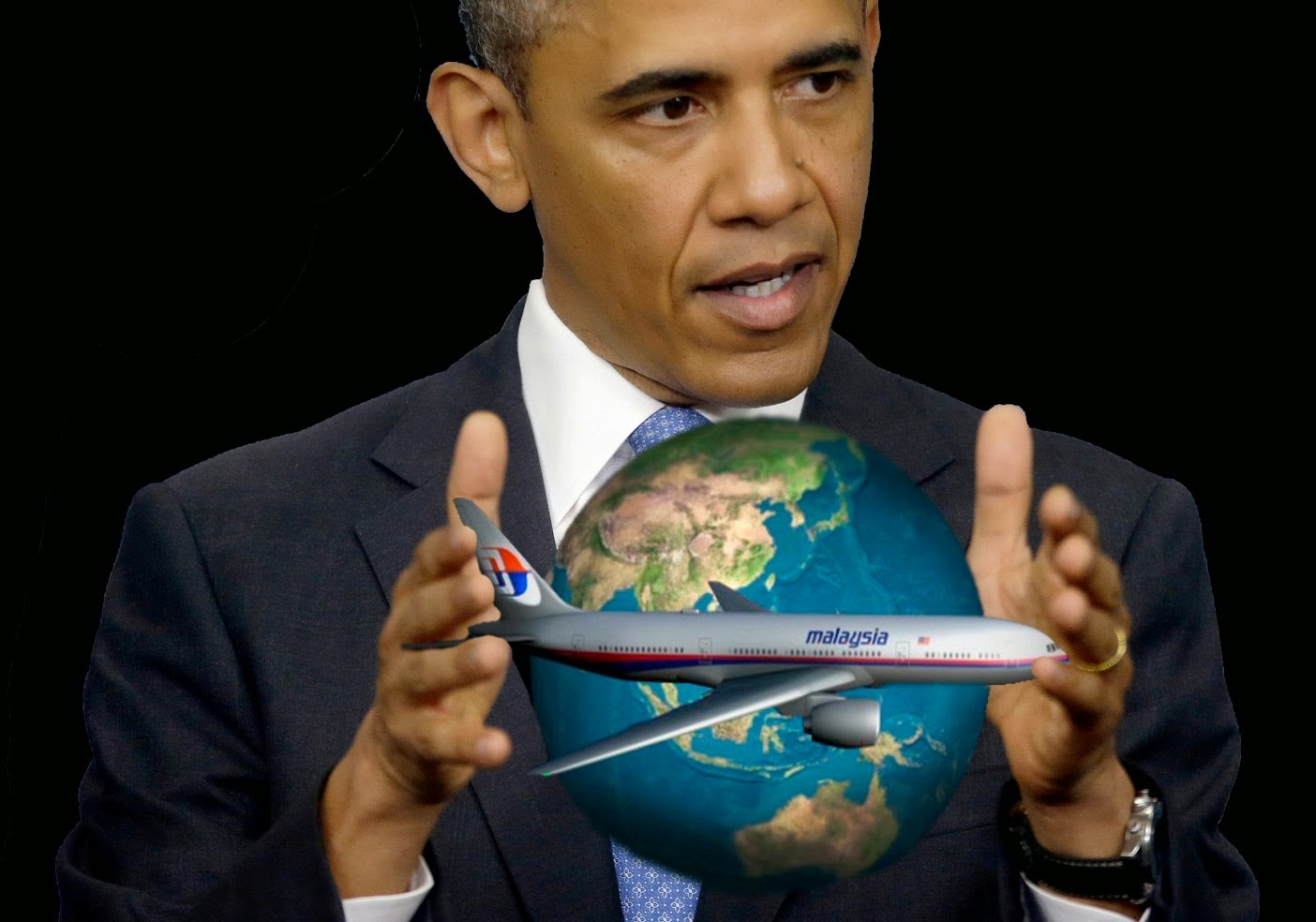 The sonar-equipped Bluefin-21 has been scouring the depths of a defined section of the Indian Ocean since April 14, in the hope of locating any debris of the missing plane.
Flight MH370 with 239 people aboard left the KL International Airport at 12.41am on March 8 and disappeared from radar screens about an hour later while over the South China Sea. It was to have arrived in Beijing at 6.30am on the same day.
Bernama reported that tonight, the president is scheduled to have an audience with the Yang di-Pertuan Agung and attend a state banquet at Istana Negara. 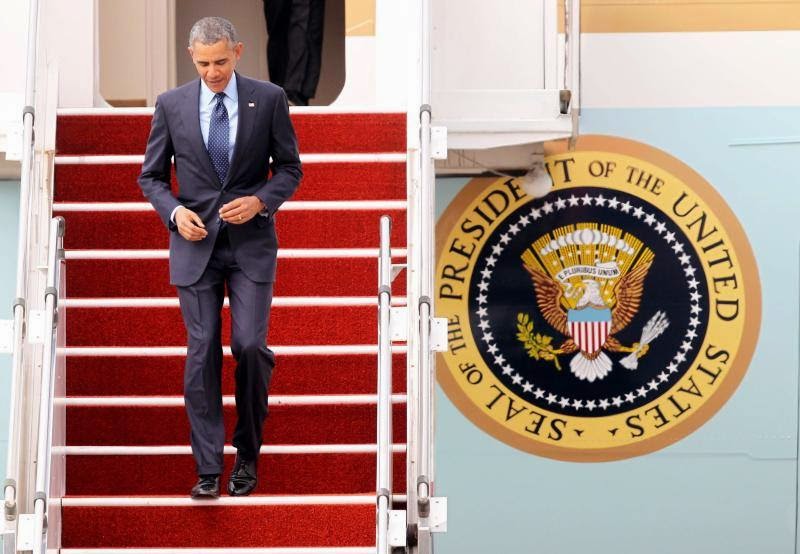 Obama will head to Malaysia's federal administrative capital Putrajaya tomorrow for talks with Najib before going to nearby Cyberjaya for the launch of the Malaysian Global Innovation and Creative Centre (MaGIC) which will provide a platform for entrepreneurs to expand their wings.
Other highlights of Obama's visit is his town hall session with youth leaders from across Southeast Asia and a visit to the National Mosque.