HOW TO DRINK ALL NIGHT WITHOUT GETTING DRUNK 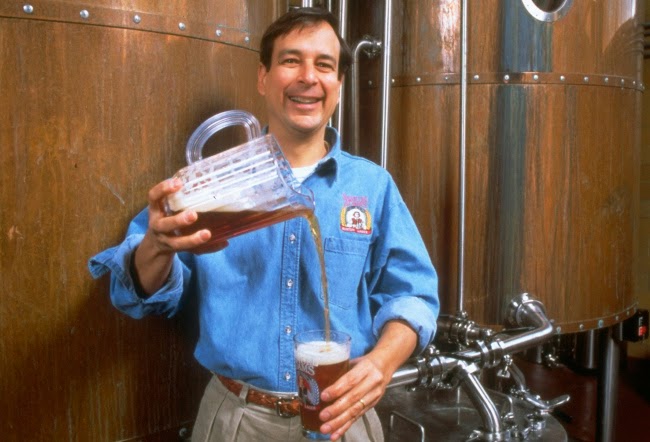 “That guy from the TV commercials!” That’s what they call him, either because they don’t know his name, or are by now too drunk to remember it. As the co-founder and chairman of the Boston Beer Company, he has appeared in countless Sam Adams commercials over thirty years. And, while this always-smiling man is a regular guy like you and me while walking the street, the second he enters a bar Jim Koch becomes a celebrity.
We met at a midtown Manhattan monstrosity called The Keg Room, where at least four people stopped Koch to say hello as we made our way to a table. One apologized for currently drinking something yellow and fizzy as opposed to a Boston Lager as we sat down.
“So many beer lists are poorly arranged, but this is pretty nice,” Koch noted. “A good mix of styles, not just a bunch of IPAs like most bars have nowadays.”
Seconds later, he learned that one of the two Sam Adams offerings on tap was their new IPA, Rebel. We ordered two, though there was another surprise: they arrived in shaker pint glasses, which "aren't right," he said. "You won’t get all the aromatics.”
He reached in his bag and withdrew a Perfect Pint glass, the shapely, angle-rimmed piece of glassware his brewery helped design back in 2007 and sent the waiter back to the tap. “I always carry one with me,” he said. “You’ll see…”
He was right – I did see. And then I saw a whole slew of beers almost magically appear on our table. Nitro stouts, sours, two big bottles from their Belgian-inspired Barrel Room Collection.  That’s when Koch snapped into full salesman mode, enthusiastically talking about Brewing the American Dream, his brewery's micro-lending program which has helped over 300 food and beverage startups over the past half-decade. But as much as Koch likes to pitch his company, what the man really loves to do is drink beer.
He popped the top on Tetravis, the brewery’s version of a Belgian quadruple. I had never had it before and was blown away by its freshness and bursting dark fruit flavors, atypical of most quads, which are usually muted due to aging and oxidation. Noticing my pleased reaction, Koch quickly moved to uncork the second bottle, a Belgian stout named The Thirteenth Hour.
“I’m gonna be wasted before this interview is up!” I laughed.
That's when things got dead serious for the first time all afternoon. Koch leaned in toward me, stared straight into my eyes, and whispered.
"You wanna know my secret? How I can drink beer all night long and never get drunk?"
In fact, I had always wondered that. Though this was the first time I’d ever formally met Koch, I’d “met” him in the past at a few beer festivals. Those sorts of events are always kind of Bacchanalian shit shows, with people imbibing dozens of beer samples in a short period and soon stumbling around large convention halls drunk of their asses. Brewers included. But not Koch, who I’d long noticed was always lucid, always able to hold court, and hold his own with those much younger than him. This billionaire brewing raconteur was doing likewise with me at 4 PM on a Thursday afternoon despite the fact we were both now several beers deep. So what was the secret?
“Yeast!”
“Yeast?”
“Active yeast. Like you get at the grocery store.”
Koch told me that for years he has swallowed your standard Fleischmann’s dry yeast before he drinks, stirring the white powdery substance in with some yogurt to make it more palatable.
“One teaspoon per beer, right before you start drinking.”
He’d learned the trick from his good friend “Dr. Joe,” a craft beer legend in his own right.  Educated at Harvard with a troika of degrees (a BA, a JD, and an MBA), Koch is no slouch, but the late-Joseph Owades was a flat-out genius. With a PhD in biochemistry from Brooklyn Polytechnic Institute and an early job in the fermentation sciences department at Fleischmann’s, Owades probably knew more about fermentation and alcohol metabolism than perhaps any man who has ever lived. Koch calls him, in fact, “The best brewer who’s ever lived.” He used that immense knowledge to eventually become a consultant for most of the progenitors of America’s early craft brewing movement such as Anchor Brewing in San Francisco, New Amsterdam Brewing in New York, and, yes, the Boston Beer Company. There he became good friends with Koch, helped perfect Boston Lager, and passed on to Koch his little yeast secret. 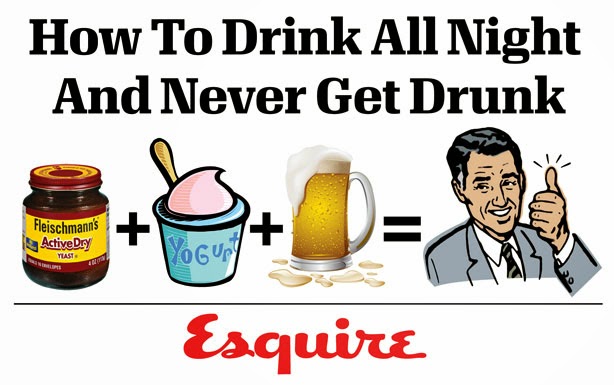 You see, what Owades knew was that active dry yeast has an enzyme in it called alcohol dehydrogenases (ADH). Roughly put, ADH is able to break alcohol molecules down into their constituent parts of carbon, hydrogen, and oxygen. Which is the same thing that happens when your body metabolizes alcohol in its liver. Owades realized if you also have that enzyme in your stomach when the alcohol first hits it, the ADH will begin breaking it down before it gets into your bloodstream and, thus, your brain.
“And it will mitigate – not eliminate – but mitigate the effects of alcohol!” Koch told me.
In his final years Owades even patented a product called Prequel, an all-natural pill similarly designed to limit drunkenness. No companies wanted to deal with the potential liabilities of the product, and Owades died in 2005 at the age of 86.
Of course, I had to honor my longtime hero Koch, and a new beer hero I’d just learned about in Owades, and try this trick myself. So the next day I grabbed a six-pack of beer and a packet of Fleischmann’s and went to work. The older I get, the more of a lightweight I surely become, but after shoveling down six teaspoons and tilting back six bottles I felt nothing more than a little buzzed. Koch told me he keeps a breathalyzer around at all times just to assure he’s never too drunk. He never is. And, though I had no tangible “proof,” besides the fact I was still awake, I was pretty sure I wasn’t all that drunk either. Forever more I’d be yet another guy discreetly carrying a white powder around at bars. I’d advise you do likewise.