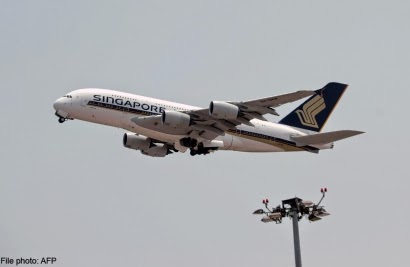 SINGAPORE - A Singapore Airlines (SIA) flight bound for London had to turn back after cabin crew reported a fault with two of the aircraft's air conditioning units.

Statement from an SIA spokesman:
Flight SQ322, an Airbus A380 operating between Singapore and London, returned to Singapore shortly after takeoff on April 19, after the crew reported a fault with two of the aircraft's air conditioning units.
Several tyres deflated on landing, which required passengers to disembark from the aircraft on the tarmac.
An aircraft change was carried out and the delayed flight departed Singapore for London at around 11am.