The More Gentle The Wife, The More Prosperous The Husband.

The More Gentle The Wife, The More Prosperous The Husband.

"夫贵而妻荣", meaning 'husband prosperous and wife gentle' is a traditional Chinese saying. It has never been reversed and never a saying to prosper the wife. Stupid woman: focuses at the man's shortcomings, always angry;
Good woman: delight in the strength of the man, always happy.
Stupid woman: always argues with the man regardless of place or situation, disgraces the man;
Good woman: shows respect to the man in the public, discuss matters in private.
Stupid woman: cares only towards her own parents and family, cold towards husband's family;
Good woman: cares towards husband's family, also loving towards her own parents and family.
Stupid woman: puts down the man - in actual fact, putting down the man would mean putting down herself indirectly.
Good Woman: praises the man - praising the man would also mean praising herself! Old Master said: The worse the wife's temper, the more husband fails. The more the wife is gentle like water, the more prosperous the husband gets.
What causes it? According to scientists the facial features of a woman that prospers a man would tend to have faces that are rounded, radiant, soft, etc.. But these findings are not a hundred percent accurate as a root reason. 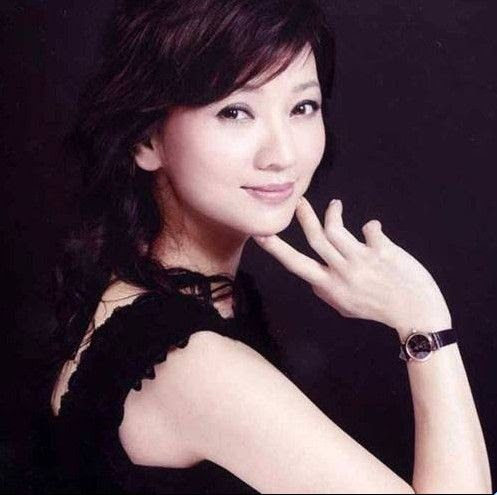 Now, from a Buddhist point of view, we talk about the root cause - the traditional culture believes that a woman is made ​​of water, and water for the money, the actual occurrence, a woman born to bring wealth.

The women here, refers to all women, rather than any specific woman.
The man is 'fortune'. Hidden in the five elements is water, which is a very small portion.
As for the man is concerned, and the saying goes "成家立业". Only after marriage "成家", then will the man be able to build acareer "立业", and do great feats. So, man needs a woman in order for his career to flourish, and behind every successful man there is always a woman of dedication and devotion. Let us take a look at the Water's special qualities.
1. Water will always go with the flow

Water flow towards low areas, woman like water must who does well in the relationship in a family, willing to bend, will be able to provide positive support the whole family.
Strong independent women who thinks she can hold up half the sky, loses the water element, and will always fight with the man. She does not give the man any space, which is certainly means "克夫" - 'husband is cursed by the wife'. Such situations generally lead to divorce very easily. Even if one has the money, they cannot even enjoy it. 2.Water detours when it meets an obstacle.
Water is soft. Water flows though places and when it meets an obstacle, it will automatically detour and will not go head-on with the obstacle. Hence the water will never get hurt. When faced with the man's fury, the woman being water will use her softness to overcome the steel (fury from the man). This is because only softness and gentleness can overcome steel, and steel cannot overcome softness.
Therefore, the only thing the woman (being like water) have to do is simply to act a little innocent, maybe pout, big sad puppy eyes, flirt a little, playfully begging, playfully whine a little, be a demure lady, etc, you get the picture (because there is no translation of the equivalent in English) and the man's temper will be gone. And so the woman will always be the winner in the house. Independant and 'steel' women loves to go head-on with men. This is called "鸡蛋碰石头" - 'the egg going head on with stone'. The one who ends up getting hurt and bruises all over will always be the woman.
I once met a beautiful lady who loves to go head-on with his husband. She told me that her husband is very obedient before marriage. However, shortly after marriage, her husband had an affair. I told her that there is a limit to obedience in a man, it can never last your entire life time.
Only when you become a real woman, then will a man give you his heart forever. 3. Water is moisturizing
A woman will always be able to find good in a man, unceasingly praising her man a man, being proud of him, using flowery words to lift him, letting him feel like he's a hero, full of energy. He will be determined to protect his fragile wife. Thus the relationship of the couple will be ever so intimate as a result.
On the other hand, if a woman always picks the wrong in a man, the man's heart more cold, losing confidence, he will feel like a fool eventually. He will think that he is only a pile of rubbish and will go on failing and going downhill with his life.
A woman in Beijing told me that her husband found a second wife. But the second wife was not as pretty as her, not as educated, earns less than her, and she could not understand what the husband likes in her? I told her your husband loves her gentleness, considerate nature and her loving nature. She was speechless.
The significance of prospering a man lies in having a complete and happy family. A woman needs to do her part, and the man need to do his. Do not let grievances befall onto your woman. If your woman suffers grievances, it would mean that your wealth suffers grievances too. How then will the wealth enter your pockets?
I urge all readers to reflect on themselves on whether they are a woman like water, or if they are the man who is afraid that your woman suffers grievances. The wife is water, water is fortune, if your fortune is not well, fortune from the outside will never enter into your pockets. The woman is water, the man is steel, he must have good tolerance as well. The higher your tolerance level would mean how much fortune you can hold. If your wife does not provide enough wealth for you, wealth will come from elsewhere. Therefore, as for the man, do not be over calculative when it comes to money, be more generous and happy man giving.
[Share with your loved ones] "The most selfish act is selfless." When you share valuable information with others, that is when you start to help someone.